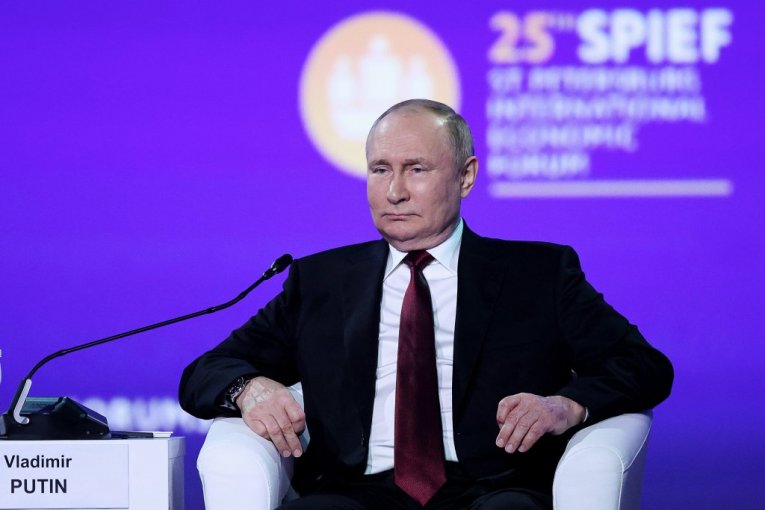 The issue of the Russian president's health has been in focus since he started appearing at public events while the invasion of Ukraine is underway.

The appearance of Russian President Vladimir Putin at a recent economic forum in St. Petersburg raised some questions about his health.

Namely, everyone noticed that Putin could barely keep his balance while standing behind the podium. He seemed to suffer from uncontrollable cramps as he gave a one-hour speech to his partners. The issue of the Russian president's health has been in focus since he started appearing at public events while the invasion of Ukraine is underway.

During the pandemic, Putin rarely appeared in public, and his dramatic return to the global stage was accompanied by many speculations.

At the forum in St. Petersburg, he seemed to have cramps, because he was secretly holding on to the podium behind the counter while he was trying to stand up straight during his speech.

Within seconds of the recording beginning, he seemed to wobble on his feet as he spoke, before recovering. But he could be seen struggling to stand still again, and then he wobbled again and his left shoulder twitched.

"The United States, having declared victory in the cold war, declared themselves the messengers of God on earth, who have no obligations, but only interests. They seem not to notice that new powerful centers have formed on the planet"

Reports of Putin's health have so far been unconfirmed, but recurring footage of the Russian president's arms and legs shaking and twitching has sparked a discussion about a potential diagnosis.