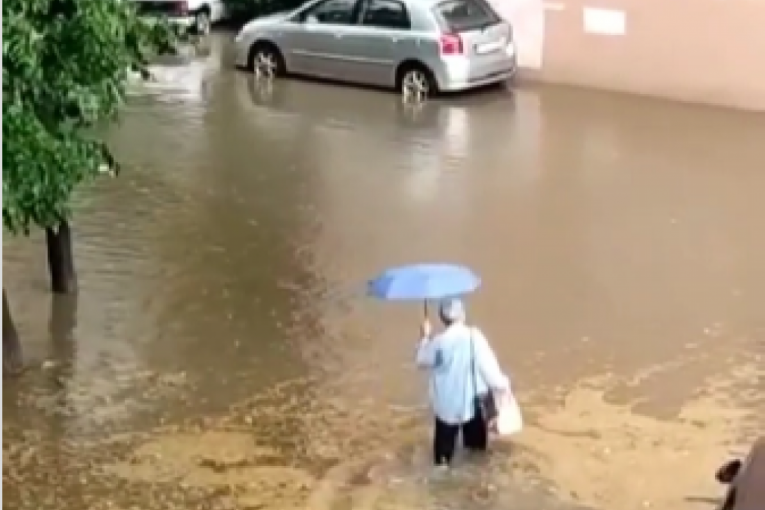 YOU WOULD NEED NOAH'S ARK TO CROSS IT: A parking lot in Zemun was turned into an artificial lake, people could barely make their way through it (VIDEO)

The storm crippled parts of the Serbian capital today.

Belgrade was hit by a strong storm, and some parts of the city were literally flooded.

One such example is Zemun, i.e. one of its settlements near Prvomajska Street.

A video was posted on the Instagram page @moj_zemun, where you can see the flooded parking lot and the people making their way through it.

It is also worth mentioning that the storm hit Zemun at around 4 pm, and on that occasion, cars "swam" in the newly formed "lakes" on the streets of this part of the capital. Also, a tree fell on a bus operating on the line 84 in Cara Dušana Street.

In Ugrinovačka Street in Zemun, a tree also fell in the middle of the street and blocked traffic.