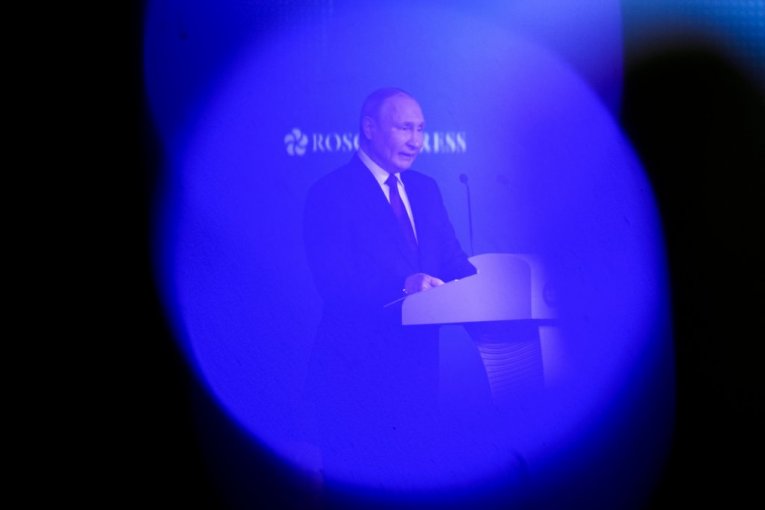 Putin's last known trip outside Russia was a visit to Beijing in early February.

Russian President Vladimir Putin will visit two former Soviet states in Central Asia next week, Russian state television announced on Sunday, which is the first trip of the Russian leader abroad since he ordered the invasion of Ukraine.

Due to the Russian invasion of Russia, Moscow found itself under serious financial sanctions from the West, which Putin says encouraged the strengthening of Russia's trade ties with other powerful countries such as China, India and Iran.

Pavel Zarubin, the Kremlin correspondent of the Rossiya 1 state television, said that Putin would visit Tajikistan and Turkmenistan, and that he would then meet with Indonesian President Joko Widodo for talks in Moscow.

In Dushanbe, Putin will meet with Tajik President Emomali Rahmon, a close Russian ally and the longest-serving ruler of the former Soviet state. He will attend the summit of the Caspian nations in Ashgabat, including the leaders of Azerbaijan, Kazakhstan, Iran and Turkmenistan, Zarubin said.

Putin's last known trip outside Russia was a visit to Beijing in early February. At the time, Russian leader and Chinese President Xi Jinping presented an no limits" friendship treaty just hours before attending the opening ceremony of the Winter Olympics.

VUČIĆ: The price of gas will be very FAVOURABLE for Serbia! We will sign a THREE YEAR contract!

NOT EVEN SHARKS WOULD INTERFERE HERE! Creepy footage of a fight in the sea, adults are fighting, the child is left alone! (VIDEO)