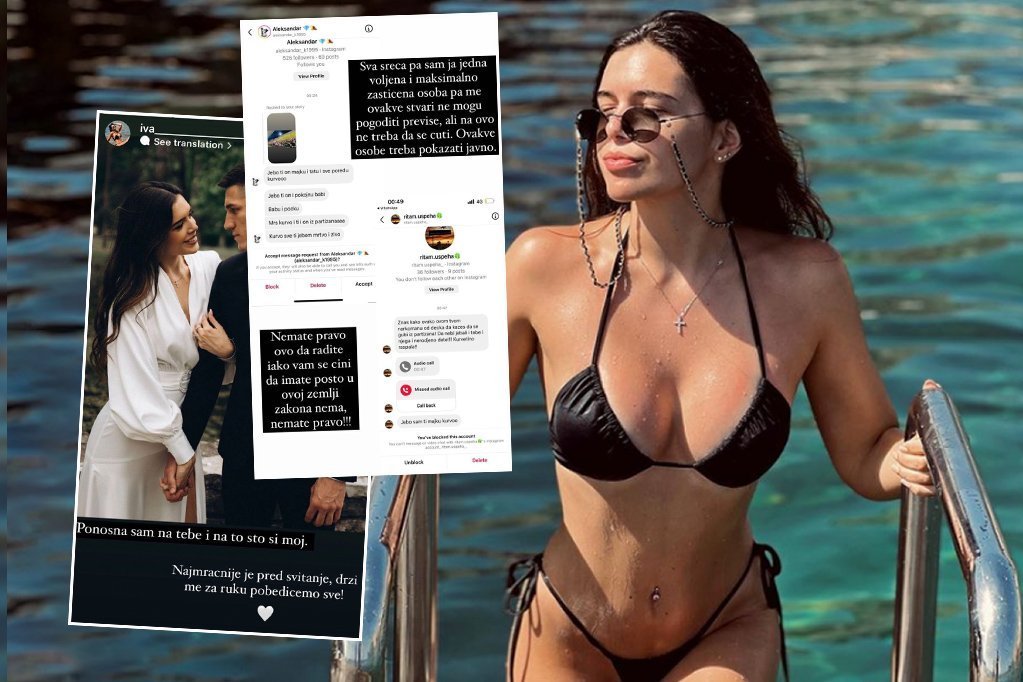 Iva Urošević, the wife of Slobodan Urošević, Partizan football player and captain, was attacked by fans after the Black-Whites were eliminated by AEK Larnaca FC in the Europa League.

Namely, Iva shared the creepy messages that filled her inbox on her Instagram profile.

The content of the messages is banal and disgusting, mostly offensive towards her family, calling her a "whore" and her husband a "drug addict". Iva posted all of this on her Instagram story. She pointed out that such persons should be shown publicly, but also punished for such actions.

Iva has been in a relationship with Urošević for many years, and they recently got married.