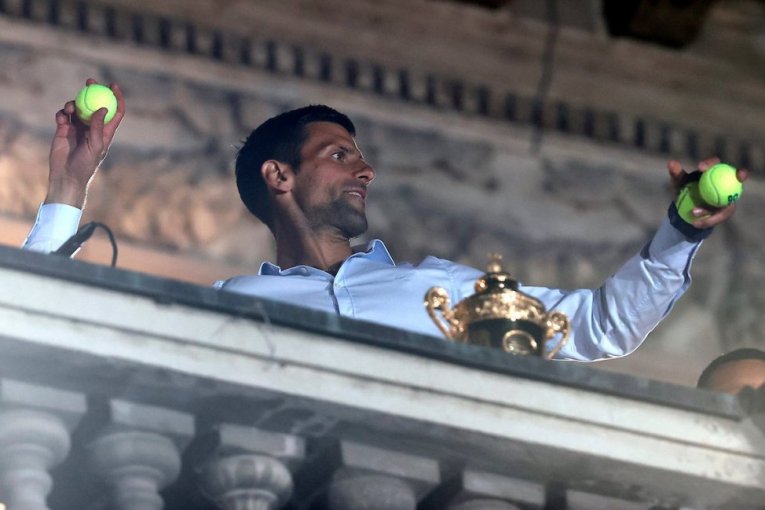 He is good at everything.

Novak Djoković addressed the crowd from the balcony of the Old Palace, and then he made his fans happy.

The best Serbian tennis player threw numerous signed tennis balls into the audience, but one throw stood out in particular.

Namely, at one point Marija Kilibarda suggested that instead of throwing the ball into the crowd in front of him, he should throw the ball on the terrace of the building that was on his left, where his fans were.

Djoković accepted the challenge and succeeded in it on the third attempt, so for a moment he reminded of the legendary quarterback Tom Brady.

This caused great enthusiasm for those gathered, as well as the people who were on the terrace and received a signed ball from Novak in an unusual way.

Like father, like son: A photo comparing the forehands of Novak and Stefan Djoković set social media on fire! (PHOTO)

A disgusting attack on Novak and Jelena Djoković: Shameful text of the British tabloid!