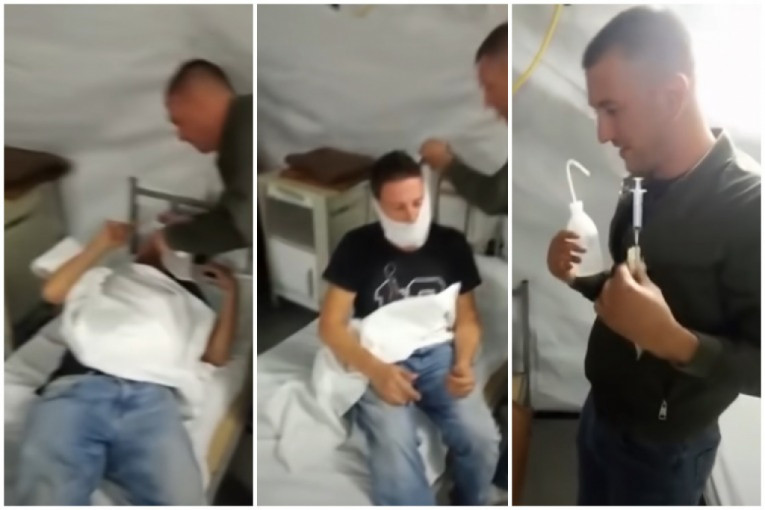 Three people from Zadar, under the influence of alcohol, broke into the COVID-ward of the Zadar General Hospital, pretending to be doctors and treating patients.

Zadar police are investigating a case that shocked Croatia, but also the entire region! Three drunken citizens of Zadar broke into the tent of the COVID-ward of the General Hospital, "took over the shift", treated the patients and, above all, recorded all of it with a phone!?

They came to the COVId-ward to bring a friend, whom they then placed in a bed, and then they took medical instruments and began "treating" him.

They claimed that they were forced to provide medical assistance to a friend, who had a visible wound on his mouth, because the medical staff was out "drinking coffee", Croatian media report.

While they were "treating" their friend, they were also driking beer from a can and watching the fight of Mirko Filipović, aka Cro Cop, on one of the hospital computer monitors.

The police soon intervened, but the epilogue of the whole story is not known yet because one of the young men tested positive for Coronavirus, which is why the other two are currently in isolation, so the police still cannot interrogate and sanction them.

- We have received a report and are conducting a criminal investigation in connection with determining all the circumstances of this event - the Zadar police stated.