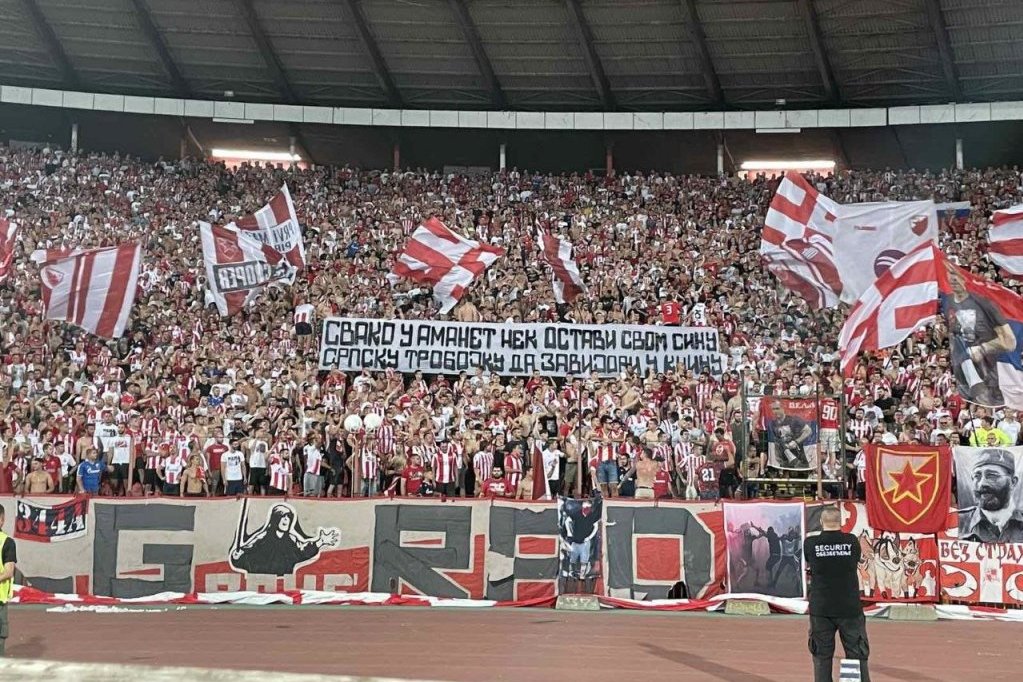 A great night for the Red Star fans on Serbia's biggest stadium.

Red Star football players crowned their dream European premiere against FC Pyunik with a victory of 5-0 in front of more than 40,000 spectators at the "Rajko Mitić" Stadium. "Delije" created a spectacular atmosphere, and the unavoidable part of the folklore also concerned Knin.

The most ardent supporters of the Red and Whites displayed a banner that hits the target, along with the lyrics of the well-known Serbian song " Tamo daleko " (There, Far Away).

- Everyone should leave a Serbian tricolor to their son to flap in Knin - "Delije" stated. You can watch a part of the atmosphere from the northern tribune in the video.

As a reminder, the rematch of the 3rd round of qualification for the Champions League in Armenia is scheduled for 9 August, it should represent only a formality, while the champion of Serbia on the last step on the way to the elite will most likely be waiting for the Israeli Maccabi Haifa F.C. During their first match they scored a 4-0 victory against the Cypriot Apollon Limassol FC.

Not everyone is meant to be a sports journalist: A gaffe on Radio Television of Serbia that made the whole of Serbia laugh! (VIDEO)

Nikola Maksimović and Red Star? People from Marakana spoke out and all solved all the dilemmas!