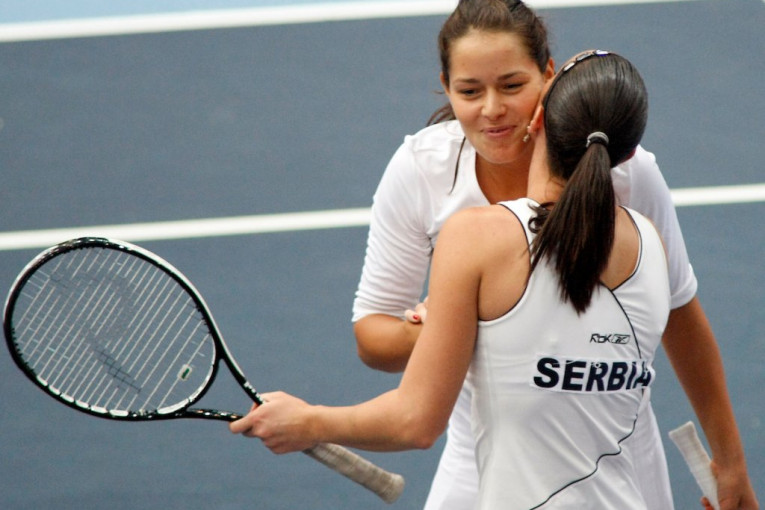 They marked a period of Serbian women's tennis. Both managed to reach the very top of the WTA rankings and can freely be considered the best tennis players that the country of Serbia has produced.

Ana Ivanović and Jelena Janković have almost no points of contact today, but it is certainly interesting for the public to find out what their relationship was like in general, considering that on the field, while defending the colors of Serbia, they always acted harmoniously.

Many blame Snežana Janković, Jelena's mother, for the bad relationship between the two Serbian tennis divas, who on one occasion openly commented on Ana's absence from the Serbian FED Cup national team:

- My daughter missed only one match for Serbia over a period of ten years. Despite a serious wrist injury, she cam running across half the planet to get to play for her country. During that time, someone else was enjoying and having coffee while my injured daughter was fighting for her country - Snežana once said, alluding to Ana, who was then photographed enjoying a drink with Verdasco.

Perhaps it was this statement that influenced Ana Ivanović's decision not to invite her national team colleague to her wedding to the German football player Bastian Schweinsteiger.

Jelena Janković herself commented on that then:

- I am not disappointed that Ana did not invite me to her wedding, because I believe that the happiest moments in our lives are reserved for people who have been with us for many years and with whom we share the good and the bad. I would just be one  person more at that wedding.

NOT EVEN SHARKS WOULD INTERFERE HERE! Creepy footage of a fight in the sea, adults are fighting, the child is left alone! (VIDEO)

Ana CALLED Bastian OUT: Serbian tennis player had a ready answer to her husband's caption! (PHOTO)

Social media is on fire: Ana Ivanović in the company of a BEAUTY! (PHOTO)