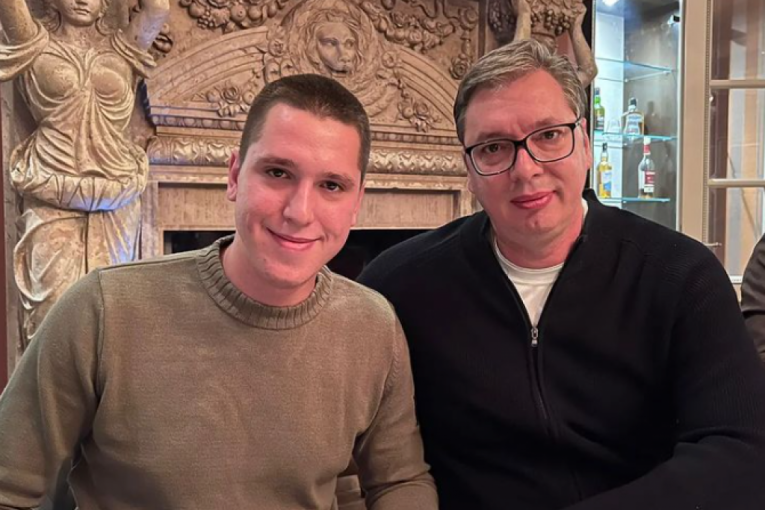 The journalist of the tycoon television N1 told a big fat lie that he and other media under the control of the opposition did not lead a hater campaign against Danilo Vučić, the son of the President of Serbia, Aleksandar Vučić.

Answering the question of TV Pink, the President of Serbia, Aleksandar Vučić, commented on the attacks on his son, and then the journalist of N1 TV also spoke.

- As for the attack on my son, what can I tell you, it speaks volumes about them because they "are not attacking" him for anything anymore. As they said, I discriminate against Nova S and N1. I discriminate against them by answering their questions every day. They attacked us many times. Now, whether it is Nova S or N1, the owner is the same - the President said and the N1 journalist asked him the following quesrion without any shame or embarrassment:

- And when did we attack him?!

The fact that Vukasin Obradović, the author of the shameful text "Trump Junior, Hunter Biden and Danilo Vučić" was a guest on N1, speaks about how inappropriate and provocative this question is, just before the President was due to appear on the opening of the sector B5 bypass around Belgrade.

And that is just one in a series of brutal attacks on Danilo Vučić.

There have been hundreds of such attacks in the past, and portal Republika has regularly written about all the brutal chases against the President's son.

VUČIĆ HAD A COMEBACK FOR SCHOLZ! For the first time we hear that RECOGNITION is being sought! The Serbs love the territorial integrity of Serbia as much as you love that of Ukraine (VIDEO)