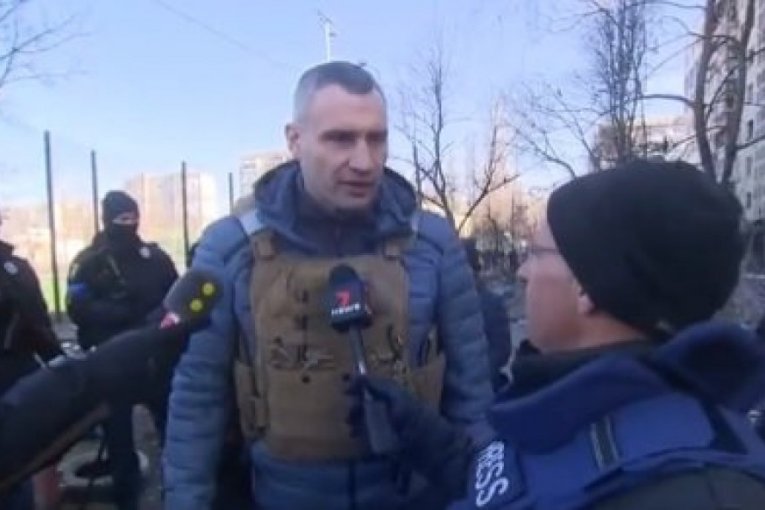 "FRIENDS..."! The scandalous Vitali Klitschko spoke out after an even more scandalous statement about SERBS AS OCCUPIERS! Here is what he said!

Vitali Klitschko wrote that the quote published by the pro-Albanian portal in Switzerland, "Le canton 27", was false.

After an unprecedented scandal, when the Swiss pro-Albanian portal "Le Canton 27" published a statement where the mayor of Kyiv Vitali Klitschko called Serbs aggressors, an Instagram post appeared on Klitschko's official Instagram account, in which he denies everything.

The mayor of Kyiv and former world boxing champion Vitali Klitschko took to his official Instagram profile after the news about the "Serbian occupiers" shocked the public.

Vitali Klitschko wrote that the quote published by the pro-Albanian portal in Switzerland "Le Canton 27" was fake.

- Friends! Some foreign internet media, including Russian ones, have started to copy supposedly my "quote" regarding Serbia and Albania. I did not make that comment. And before they reprint this kind of information and quote anything, journalists should look for audio or video evidence of such exclusivity - the description of Klitschko's latest post reads.

As a reminder, Klitschko's statement provoked a great reaction in Serbia, but also in the entire Balkans.

- I am very glad to have met an Albanian journalist for the first time, which is a good opportunity to convey a message to you, the Albanian people in the Balkans. We have heard and read that you Albanians, like us Ukrainians, are people of peace, freedom-loving, but also fighters who love the need that someone imposes on us. Today, we are fighting against the Russian regime that is trying to occupy Ukraine, like you who were once occupied by Serbia - Klitschko allegedly said for the Swiss newspaper, which was reported by all media in the Balkans and most of Europe.