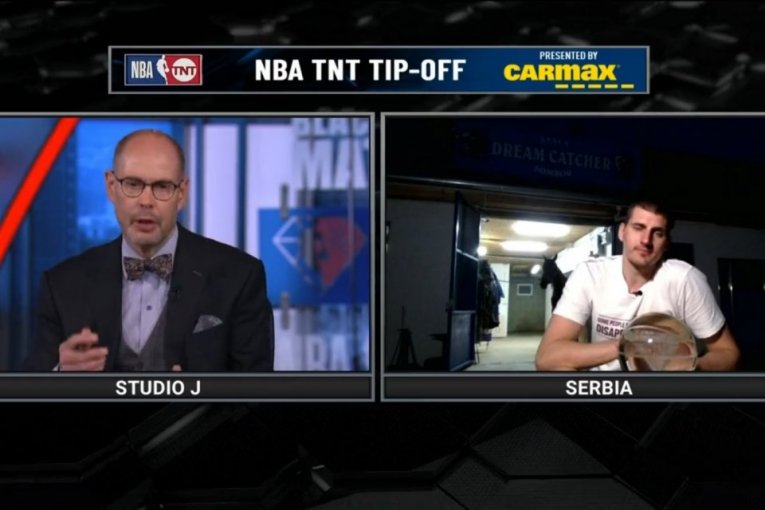 For the second year in a row, Nikola Jokić won the award for the most valuable basketball player in the NBA league, the so-called MVP trophy.

A few days ago, journalist Adrian Wojnarowski announced that Jokić would receiv the flattering award, and during the night between Wednesday and Thursday, the official confirmation came from the NBA League.

Perhaps an even more spectacular moment than receiving the MVP trophy, is that fact that the son of the Denver Nuggets owner Stan Kroenke, Josh Kroenke and coach Mike Malone, came to Serbia with several other people from the franchise and presented Nikola with the recognition in his horse stable in Sombor.

Jokic then gave an interview sitting in front of his stable. What many missed was that our ace probably wanted to send a symbolic message in some way, because there was an inscription above him which read "Dream catcher".

This is the name of Nikola's stable and it was named after the first racehorse they bought. The Jokić family takes special care of him at their home in Sombor.