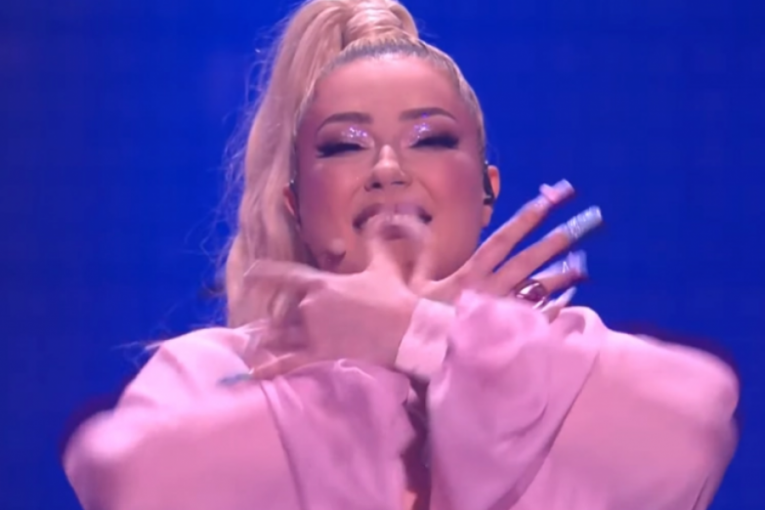 The first semifinal of the 66th Eurovision Song Contest, held in Turin this year, took place on Tuesday.

During the performance, the Albanian representative displayed a double-headed eagle with her hands, a symbol of Greater Albania.

The representative of Albania, Ronela Hayati, attracted media attention during the rehearsals, when the organisers of the competition, due to the opinion that parts of her performance were too provocative, decided not to post her photos on social media.

After that, Ronela tried to justify herself on Twitter, and even posted a part of the performance, which is contrary to the rules of the competition.

The performance of the Albanian representative is at times reminiscent of ritual acts, but many fans praised her for her courage in the provocative parts.