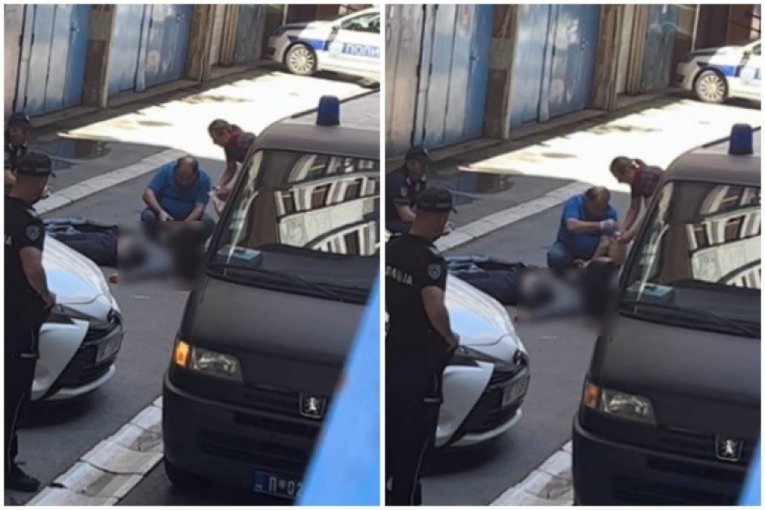 The mother of Luka Perenčević (27), who was killed on Monday morning, asked the police inspectors for only one thing that her son had with him.

After the investigation, Luka's mother Ivana mustered the strength and asked the police to give her the watch from her dead son's wrist.

- Please, give me his watch - Ivana asked the police officer while they were preparing Luka's body to be taken for an autopsy.

- Do you want anything else or just the watch? - police officer asked the mother, who shook her head.

The unfortunate woman took her son's watch as a souvenir, and walked away from the crime scene with her sister, who was with her, as well as several neighbours and Luka's friends.

His body was taken by the police for an autopsy, which will determine just where he had been shots from a pistol with a silencer. The blood traces of the murdered young man remained on the spot.

It is also worth mentioning that the mother of the murdered Luka put on a brave face while standing above her dead son's body, crying softly while her acquaintances and friends approached her and expressed their condolences.

She GAVE BIRTH TO HIM, he TOOK HER LIFE! This is Ilija's mother from Čačak! He slaughtered her, his father and his grandfather for DRUGS! (PHOTO)