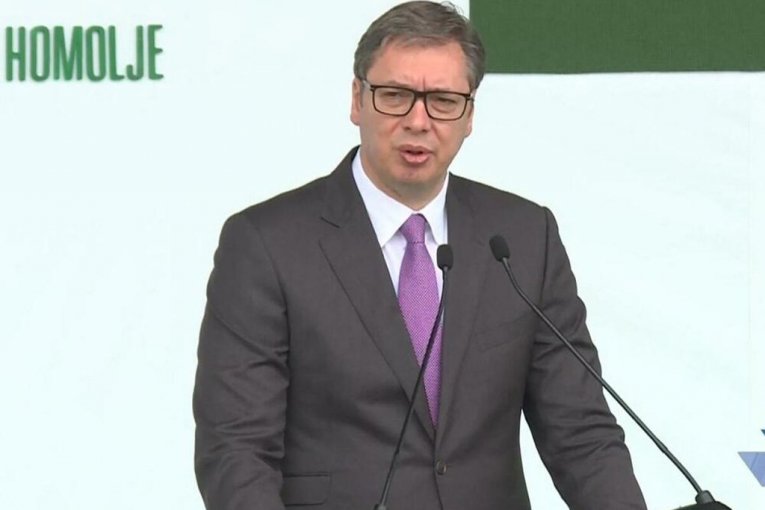 President Aleksandar Vučić pointed out that Serbia is a democratic state and that every decision must be discussed.

Vučić visited Neresnica, where he attended the official opening ceremony of the Rosa Homolje carbonated water bottling plant in the municipality of Kučevo.

One of the questions of the journalists was related to the re-introduction of mandatory military service, which the President announced as a possibility a few days ago. The question was whether this remains mandatory for those who turn 18, whether it will be applied retroactively and whether there is an upper age limit.

-  This is a democratic state, and everything must be discussed in it. We'll see in four months' time. We have just opened a debate, do not rush to conclusions. It may or may not happen. I said what I think. I am in favour of it - the President of Serbia pointed out.

Vučić pointed out that there are many arguments for and against.

As a reminder, the President previously pointed out that he is in favour of re-introducing the mandatory military service of three months.

- My proposal is to think about re-introducing the mandatory military service of 90 days. Every man can dedicate 90 days to his country, not a year or six months - Vučić said in his address to the public.

VUČIĆ ANNOUNCES THE ARRIVAL OF GERMAN CHANCELLOR IN SERBIA: I look forward to Scholz's visit to Belgrade

WE WILL FIND A SOLUTION IF EUROPE IMPOSES THE EMBARGO! President Vučić spoke about the oil problem!