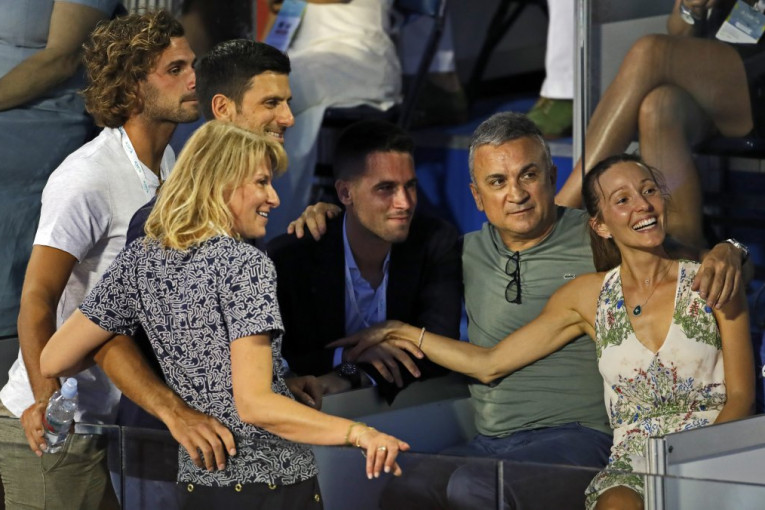 Marko Djoković, the younger brother of Novak Djoković, went through a really tough time because he had to leave the family home extremely early.

The Serb rarely speaks out for the media, and this time he revealed the details of the life drama he faced.

- I was not shy on the tennis court at all, but outside of it, I prefer to lag behind, really. When I was 14, my father offered me the opportunity to choose between studying or dedicating myself to playing tennis. I chose the second option and went to Valencia to the academy, and then I returned to Serbia for a few months to settle in Germany soon after - Marko opened up for the Spanish "El Mundo", and then added:

- Because of loneliness, I grew up much faster than other boys my age. Dedicating yourself to tennis, like any sport, involves a lot of sacrifices. You have to leave a lot of things on the way to focus on what is happening on the field. Those who can train in their places of origin are very lucky, others, like me, are forced to leave family and friends very quickly in order to spend their lives traveling alone from one place to another on the planet. That is, without a doubt, the downside. But on the other hand, you get to see many places and meet many wonderful people.

- I suffered a lot because I based all my happiness on the dream of achieving success on the field, and this did not happen. As if that wasn't enough, I had the person who achieved it all near me, my brother Novak, and I was obsessed with achieving the same result. However, the results did not come and I felt increasingly unhappy day after day. It can be said that I literally lost my life. I couldn't take it anymore. It was very bad, but I didn't allow myself to show it, because I didn't want them to think I was weak. This is, unfortunately, quite normal. There are a lot of people who suffer from such emotions, but they hide it because they are ashamed of it - Marko Djoković concluded.

HE COULDN'T CARE LESS ABOUT BORIS: These words will be painful for Becker, almost like going to prison!

A QUESTION THAT SHOCKED NOVAK: He was left completely SPEECHLESS!

THE BEGINNING OF THE END? This has never happened in Novak's CAREER - a SCARY piece of information for him!

ALL EYES WERE ON HER: Jelena Djoković SHOCKED eveyone, she was never seen in an outfit this! (PHOTO)

A MOMENT THAT WILL BE HARD TO FORGET! Did Novak expect such a reaction from the audience in HIS Monte Carlo? (VIDEO)