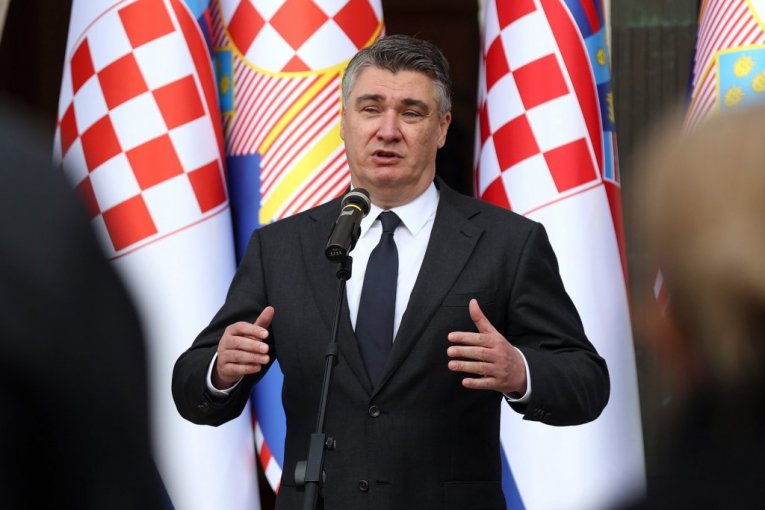 The President of Croatia was standing next to the cardinal, and the cameras filmed him at one point while first zipping up his fly, and then wiping his nose with his hand.

Yesterday, Croatian President Zoran Milanović decorated Cardinal Vinko Puljić of Vrhbosna for the preservation of Croatian identity, as well as for inter-religious, cultural and humanitarian activities, as it was pointed out.

Due to Milanović's behavior during the awarding ceremony, the video from this event soon became a hit on Twitter.

Namely, the President of Croatia was standing next to the cardinal, and the cameras filmed him at one point while first zipping up his fly, and then wiping his nose with his hand, Klix.ba reports.

"First zipping up his fly, then wiping his nose with a handkerchief and then soap and perfume", "Look at Puljić looking at the fly", "Wipe that nose on the sleeve", "Hilarious". The gentleman next to him is watching and wondering", "This should have a GIF", "He is showing all of his true manners", these are just some of the comments on the social network Twitter.