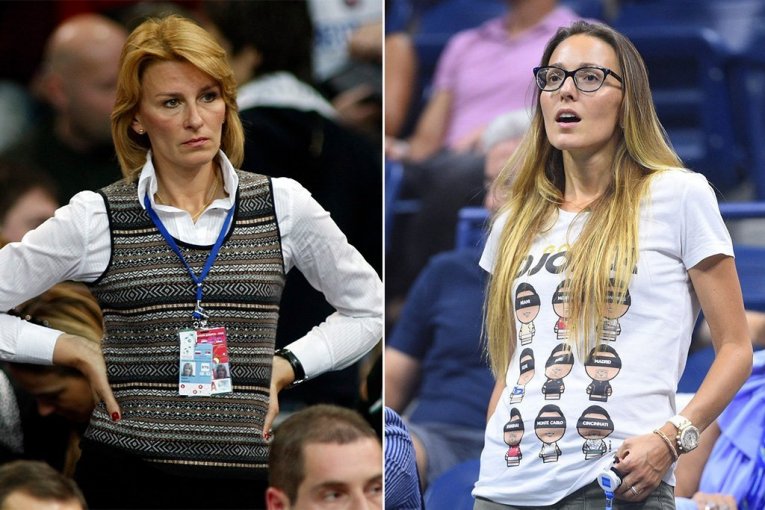 Dijana Djoković, Novak's mother, blames her daughter-in-law Jelena for everything that is happening to her son.

The mother of the best tennis player in the world, Dijana Djoković, believes that her daughter-in-law Jelena is to blame for her son's problems! The mother and wife of the world number one have not been on good terms for years, and that is so evident that she can no longer hide.

Novak's wife Jelena was not with his parents Dijana and Srdjan and his brother Djordje when they organised support protests, which is a clear indication that there is a conflict between them, "Story" writes.

This Belgrade magazine writes in the text entitled "Jelena and Dijana Djoković, the conflict can no longer be hidden" that Jelena was not with Dijana and Srdjan, which means that she does not agree with the views expressed by Novak's parents at conferences and protests.

- This was not stressful just for Novak. The psychological consequences for all those who cared about him must have appeared, and there was not a single good reason for the worried wife and mother to be apart in this situation. And chances are they were. This was best shown in front of the whole world, when Nole's mother, father, brother and uncle organised a protest of support in Belgrade, and Jelena did not join them. She had to be there if she agreed with Dijana and Srdjan. Which only meant that she did not agree - it is stated in "Story's" text.

It is further stated that Dijana never agreed with Novak's way of life, which changed ever since he was with Jelena.

- Stories about how Novak's wife Jelena and mother Dijana disagree have been heated up in the most difficult days for this family. The drama about the Australian visa is just a reminder of everything that has been smoldering between Jelena and Dijana for a long time. Novak's mother has never agreed with his lifestyle since he met Jelena. Those who criticise his position on vaccines are even wondering how he could have adopted that position. Through his wife, parents or through a third party? - the text states.

TEARS BECAUSE OF JELENA DJOKOVIĆ! Novak's wife in the foreground!

NOVAK'S MOTHER IS IN TEARS: IT IS SCANDALOUS, no one deserves this kind of treatment, he won their TOURNAMENT 9 times