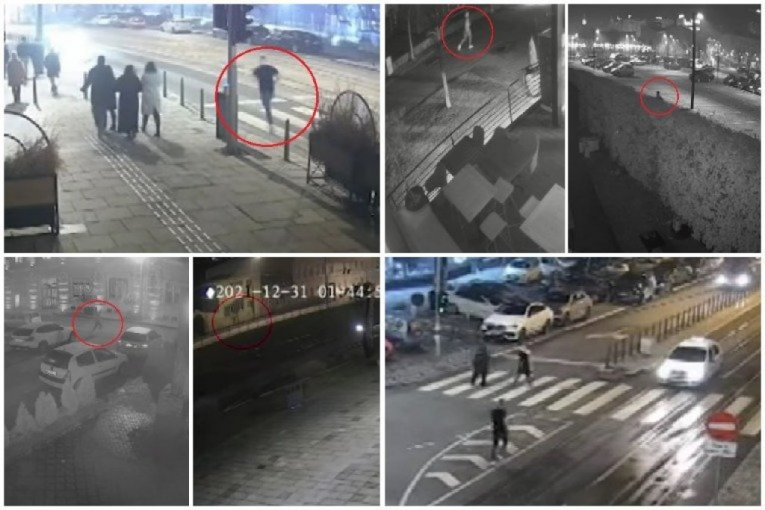 Search for Matej Periš (27), who went missing during the night between 30 and 31 December, enters its 19th day and no one can confirm with certainty whether the young man from Split went into the Sava river.

As Telegraf.rs finds out, the inspectors of the Belgrade police are trying to determine, based on the last recorded video from the camera of the Savanova restaurant, whether the silhouette seen at the bottom of the video corresponds to the missing young man Matej Periš.

According to him, he can conclude from the video that "the pace of that silhouette descending and that of Matej is the same".

- I believe in the work of the Belgrade police. And I believe that my son is alive, even though the percentage is small now. It is difficult for me, as it is for every parent in my situation - Periš says.

In a conversation with Telegraph, he confirmed that he is in daily contact with his daughters and wife, who expect him to return with Matej.

- I'm talking to a friend of my son's. It is not easy for them because of everything that happened. They just told me they didn’t look for him right away because they thought he was talking to someone - Periš says.

NENAD PERIŠ SPOKE UP! Here is what he discovered about Matej's disappearance!

LOVED ONES CAN NEVER BE FORGOTTEN! A never-before-seen photo of the missing MATEJ PERIŠ has appeared! It reveals a lot about him!

MATEJ DIDN'T FALL INTO THE SAVA? Video released that puts a big question mark on the search for the missing citizen of Split (VIDEO)

Police COMPLETED THE INVESTIGATION! Is the search for MATEJ PERIŠ over!?

NENAD PERIŠ spoke out! Here is what he said about the body found in the Danube near Kostolac!

THIS IS POSSIBLE ONLY IN SERBIA! MAY DAY MORNING AT THE CEMETERY: First they lit the barbecue, then they sat on graves and tombstones! (PHOTO)

DIJANA WAS ASKED IF SHE KNEW VELJKO BELIVUK! Utter shock in the courtroom, Hrkalović also spoke about the murder of Miša Ognjanović!