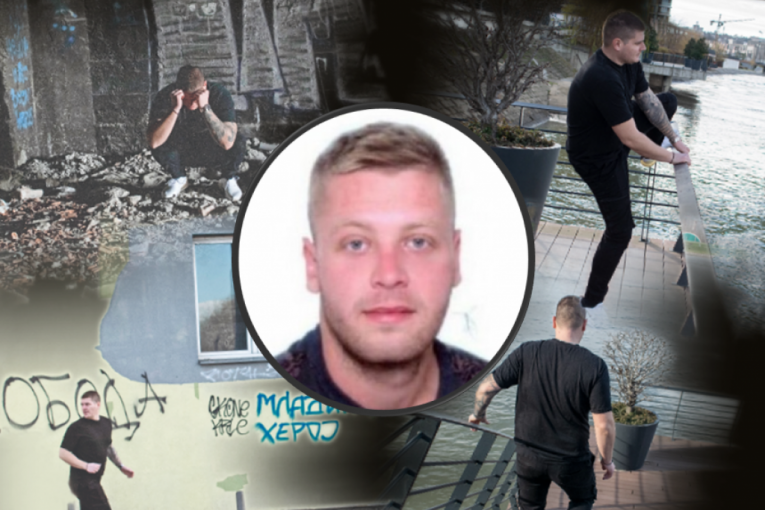 Matej Periš (27) disappeared in Belgrade during the night between 30 and 31 December. For unknown reasons, he ran out of the club "Gotik" around 1.20 AM, where he was with his friends, and ever since then all trace of him is lost.

According to Pink, police forces searched the Danube even today downstream from the Pancevo bridge. The rivers Sava and Danube are being intensively searched after learning that the phone signal of the missing young man was registered next to the fence on the Sava promenade, which coincides with the video showing Matej approaching the fence next to the river.

The video does not show that there is anyone else next to him, which indicates the assumption that he voluntarily entered the Sava river. According to the assumptions that exist for now, he tried to swim after entering, and then the main current took him further to the Danube.

According to Pink, the Croatian police team returned to Zagreb today. Matej Periš's phone has not been found yet. All the data from the investigation are being transferred to Nenad Periš, Matej's father, and the search will continue tomorrow, despite the unfavorable conditions.

MATEJ SEEN RUNNING AROUND THE STREETS, STOPPING A TAXI, THEN SWIMING IN THE ICY RIVER !? The video from the security cameras shows what the missing citizen of Split did! (VIDEO)

The disappearance of the young man from Split raised Serbia and the region to their feet. Since the information that Matej Periš disappeared without a trace has been revealed, the public has been closely following every detail that is published.

What exactly happened on that fateful night, no one knows for sure. What is known for sure is that Matej came to Zagreb with his friends from Split, that they left their cars there and rented a van to Belgrade.

As Matej's father and girlfriend said, they had been planning that trip for a long time, and they rented an apartment in Dorćol, where they arrived in the afternoon of on 30 December.

From there, as it is stated, they went to the restaurant in Beton Hala for lunch, and then from there to the club "Gotik", where the whole mystery began. The public still doesn't know what happened there before 1.20 AM, when a young man without a jacket ran outside.

As it was determined, Matej ran out of the club at around 1.20 AM, where he left his jacket. His friends noticed that he was not there until around 2.30, after which point they started calling him, but he did not answer. His phone was off.

The boys went to the accommodation, hoping that their friend would show up during the day, and since that did not happen, they reported his disappearance to the police on 31 December at around 6 PM.