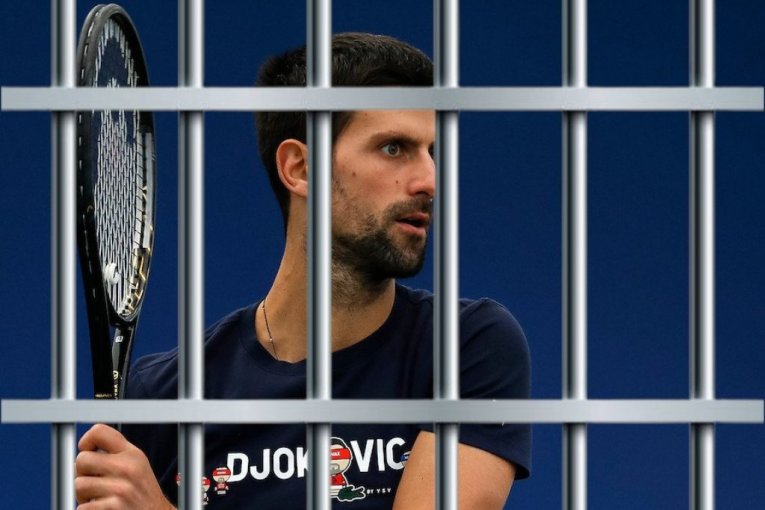 Novak Djoković, the world's first best tennis player, is still breaking news in Australia. The local newspaper "The Age" states that the Serb faces a prison sentence of one year, if it turns out that he "falsified" documents when entering Australia.

Namely, Nole is under attack for allegedly failing to report a trip to another country in the last 14 days. And there are many rumors that he arrived to the smallest continent from Spain, via Dubai.

Therefore, according to the local regulations, this is treated as a serious offense, because of which the Serbian ace could even end up in prison.

However, Novak automatically "fenced off". Djoković stated at the border that the documentation was not submitted and collected by him, but by the Tennis Association of Australia, so based on that, he should not be charged with the said act.

Djokovic gets another day in Australia but faces investigation over travel form - The Age https://t.co/4J0ggBZpK2 — Marg (@boomshala) January 11, 2022

Although, considering the behavior of Australians towards the Serbian ace in recent days, nothing should come as a surprise.

As for Djoković's participation in the "Aussie Open", his destiny is in the hands of Alex Hawke.