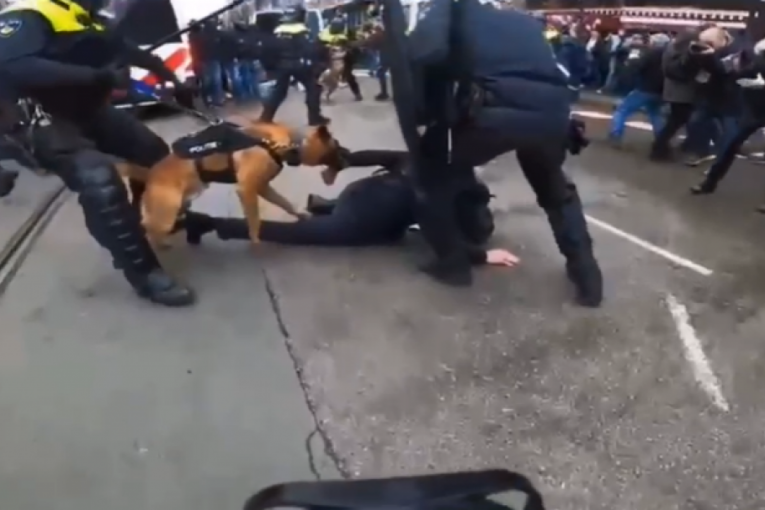 Police in Amsterdam used brutal measures for fighting the protesters on Sunday, 02 January 2022.

Thousands of people gathered in the Dutch capital to oppose the lockdown, and the protests turned into a fierce conflict between those gathered and the police.

As can be seen in the footage, the police mercilessly released the bloodthirsty dogs on the gathered, and one dog fiercely attacked a man who could not defend himself from the aggressive beast.

The fact that the Dutch police doesn't care about radical measures is evidenced by the video showing them  beating everyone who gets in their way with batons, even women.

In the heart of Europe, force is openly demonstrated and all those who show resistance are taken care of in a swift way.

If the Serbian police had reacted in this way during the roadblocks that paralysed Serbia on several occasions, official Belgrade would probably have been condemned, both by the West and by the tycoon media, which would "crucify" the Government because of the dictatorship.

Although Serbia has been blocked by fake environmentalists several times in the weeks behind us, and citizens have been injured on several occasions during protests, our police did not use force.

The police reacted in accordance with the Constitution, showing that Serbia does not use any restrictive force or coercion.