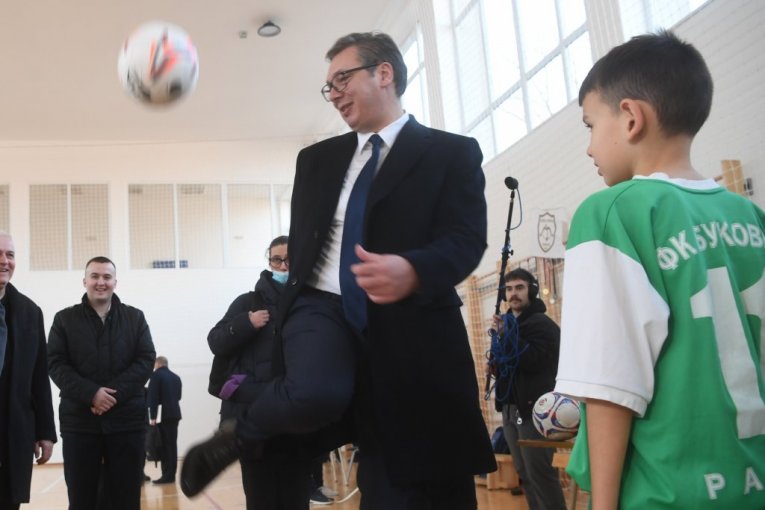 The President of Serbia, Aleksandar Vučić, started the annual press conference, at which he presented the development plans of Serbia for the next year, and the unavoidable topic was sports and the national football team of our country.

Addressing the nation, the President of the Republic of Serbia, Aleksandar Vučić, spoke about investments in sports and announced over 500 million euros that will be spent on Serbian sports.

And then, he very ambitiously stated his expectations and the results that he expects from Serbia at the biggest football competition to be held next year - the World Cup in Qatar.

- I haven't been to sports events for many years, many say I did this so that they wouldn't shout the famous two-word slogan at me. If you remember that before the match with Portugal, I wished our team victory. My wish is to enter the semifinals of the World Cup in the second half of the year. When we are united and together we can be first in terms of our growth rate, but also in football. I hope that Dragan Stojković and the football players will not blame me for that - said the President.

ARRESTS IN TIRANA FOR BURNING THE SERBIAN FLAG: Two taken to police station for questioning!