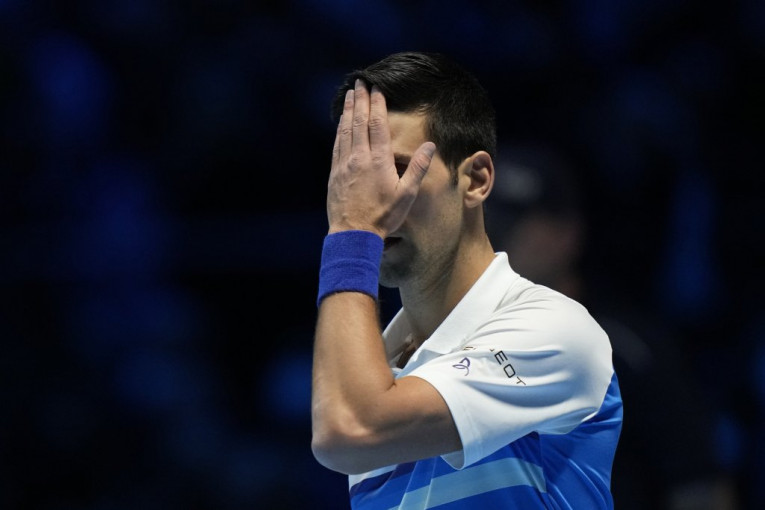 COMPLETELY SHATTERED: Djoković in TEARS - he cried his HEART OUT!

Serbian tennis player Novak Djoković spoke out after the turbulent 2021.

Nole was named the best athlete in the world in the selection of "L'Equipe", and he revealed in an interview for that newspaper which period was most difficult for him.

Of course, it is about the lost final of the US Open, when he was defeated by Daniil Medvedev.

- Daniil played better than me that day. He had such a clear game plan and he put it into practice. Honestly, he didn't even give me many chances… His service was unpredictable, with a lot of variations, he hit every corner of the field - said Djoković, and then added:

WAY TO GO, BRO! Novak's RELATIONSHIP with the WICKED brunette, her PHOTO has appeared!

THEY USED TO MAKE MILLIONS FROM THE BALL, NOW THEY DO SO OFF THE PICK! Ana and Bastian in new business

- There was also an element of energy. Usually, when I go out on the field in big matches, I'm not exactly a favorite in the hearts of the fans. And I prepared for that kind of atmosphere. And then, almost the whole stadium is with me! I felt it as soon as I went out on the field. I didn't expect that and I was caught with my guard down. I cried first because of that incredible support. Those were tears of joy. Because of all that love. Then those tears of joy turned into tears of sorrow. Of course, I didn't give up, but I felt that it would be very, very difficult for me to return to the position to win.

The Serb also pointed out what he regrets the most ...

- I only regret that I didn't cry earlier. That release came too late. After that, I took his serve, won the next game, I'm not saying I would have won if I had cried earlier, but who knows? But hey, I really believe that everything in life happens for a reason. It's as if God or the universe or whatever decides what will happen that day - underlined Novak Djoković.

As a reminder, the Serb is currently tied with Federer and Nadal with 20 Grand Slam titles each, and the big question is whether he will participate in the upcoming Australian Open.