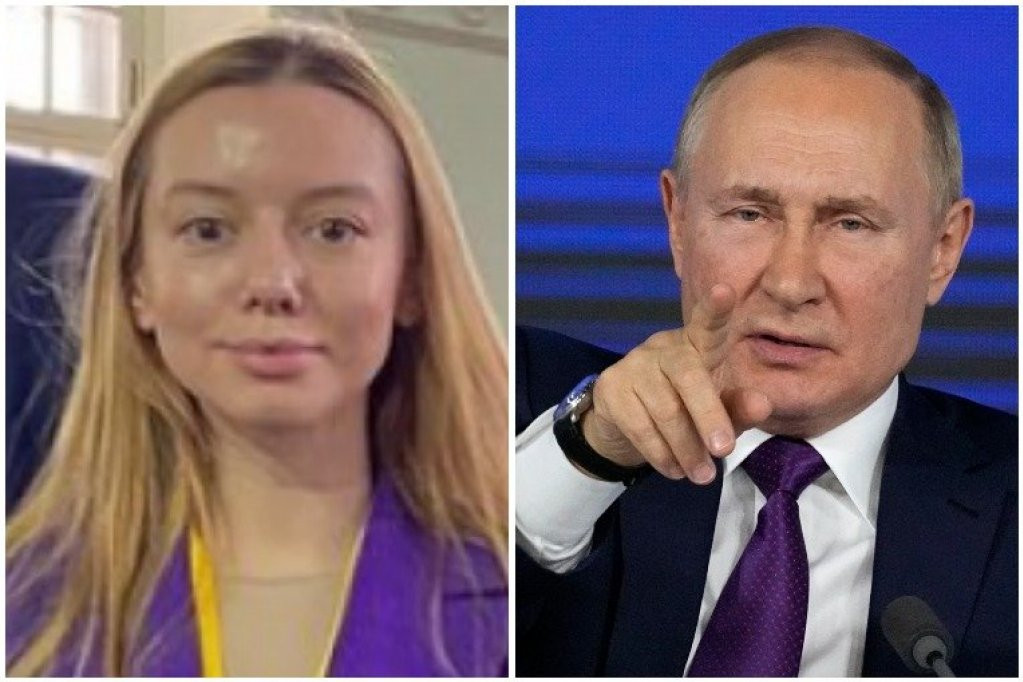 I DON'T HAVE COVID, MY TEMPERATURE HAS INCREASED OUT OF STAGE FRIGHT BECAUSE OF PUTIN! Journalist caused chaos at the annual conference of the Russian president, came with a FALSE PCR TEST?

The young Anna Shishmintseva caused unprecedented chaos at the annual conference of Russian President Vladimir Putin, boasting that she managed to cheat the security.

Journalist Ana Shishmintseva from the Kurgan region in central Russia apologised with regret after she caused havoc at the annual press conference of Russian President Vladimir Putin.

Namely, after the conference, the young lady boasted on social media that she entered the room with the help of an expired COVID test, and she also talked about having a fever. Of course, that caused alarm among the security, and then came the recognition.

- I'm sorry, I lied. I was excited, I hadn’t slept in days. Maybe that's the real reason why my temperature increased a little - Anna said.

THE FORCE WAS AWAKENED, BRITAIN THREATENED PUTIN FIERCER THAN EVER BEFORE: If Russia takes one wrong step, it will face our strength, and then MOSCOW'S RESPONSE ensued!

Shishmintseva, meanwhile, deleted the controversial status on social media in which she mocked the checks for the "event of the year".

She then apologised to fellow journalists and press conference organisers for the "for the ill-advised joke about the temperature" and dispelled fears of the spread of the infection.

- I admit it was stupid. I repeat, the fever it was due to the enthusiasm. I did not put anyone's health at risk. I had two PCR tests done, went to the doctor and I did a blood test. I don't have COVID - said the journalist and proved the claims with a photo of the test posted on Instagram.