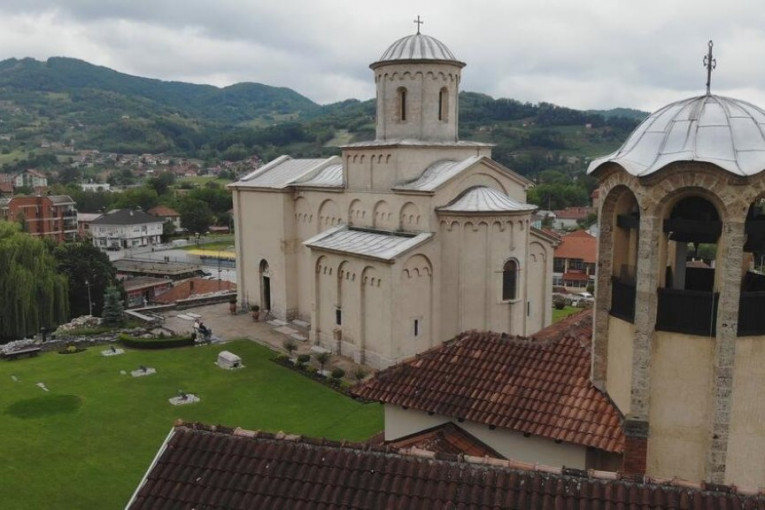 SHAME IN ARILJE! They are digging through graves in the churchyard: They are building a shop, and they are throwing bones at the landfill! (PHOTO)

Residents of Arilje have scheduled a protest in the center of this city for Wednesday, 29 December, due to the construction of a shop and a candle burner in the church gate of one of the largest Serbian shrines, which houses the fresco of the Blue Angel from the 13th century.

They claim and photos show that the bones of ancestors who have been buried there for centuries are being excavated. All this is being taken to several locations, and the locals claim that human bones are scattered on those landfills, which are visible and which are being carried around by animals.

Due to such things, the construction, as the locals claim, was stopped by the local self-government, however, the contractor continued to work, which is why they announced a protest, RINA writes.

The local government in this municipality tried to stop the excavation that is currently being carried out, but apparently the contractors did not listen to them.

- It is indisputable that they have a permit from the Institute for the Protection of Monuments, but that permit clearly states that if they come across something similar, they are obliged to set it aside, and when it comes to bones, they sift the earth and put the bones in one place and then bury them again into the ground - says one of citizens of Arilje.

However, the exact opposite happened, the land where the graves of the ancestors are located was dug with a skip and this was not taken into account. It was taken away by trucks and sprinkled on various landfills full of human bones.