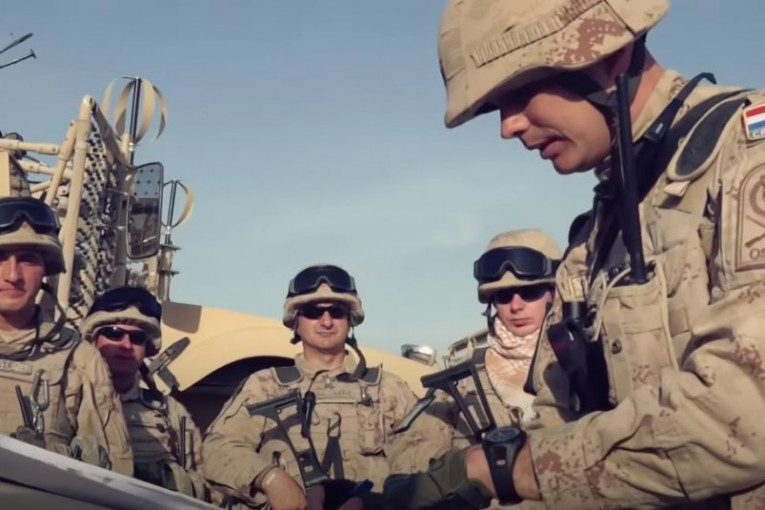 CROATIAN SOLDIERS IN KOSOVO AND METOHIJA DECORATED A CHRISTMAS TREE WITH BULLETS AND SENT A CLEAR MESSAGE: It is our tradition!

The KFOR mission in Kosovo and Metohija includes 141 Croatian soldiers, which is the largest Croatian mission after Afghanistan.

Croatian soldiers who spend Christmas in Kosovo and Metohija in the Camp Villaggio Italia near Peć decorated the Christmas tree with bullet casings fired at the base.

The soldiers decorated the tree with lights and some paper ornaments.

- It is a tradition with soldiers, that's how it's done. You decorate with what you have, what is at your disposal. And that's how the idea comea to you - the Croatian soldiers said.

Camp "Villaggio Italia", which overlooks Prokletije and Peć, is in charge of security in the west of Kosovo and Metohija. It is under Italian command, and Croatian soldiers are among the most numerous in the camp the size of 85 football fields.

Soldiers have six month rotations, and the most numerous ones are Slavonians, especially after the company from the 1st Armored Mechanised Unit "Falcons" arrived to Kosovo and Metohija on 25 December.