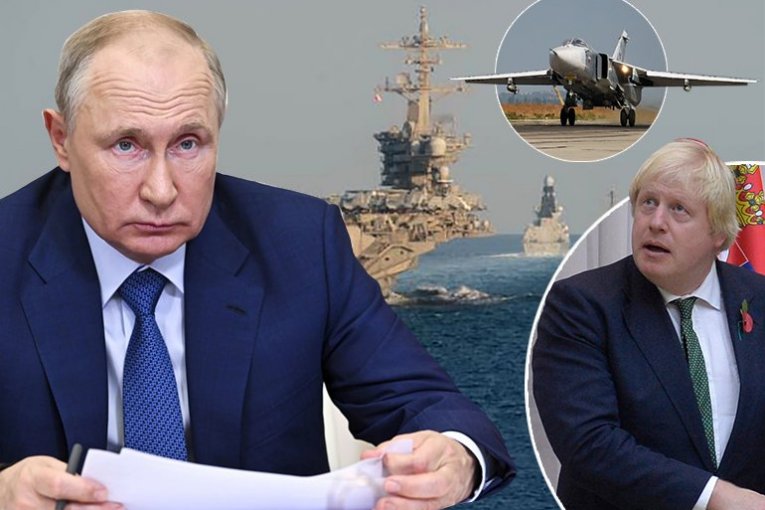 THE FORCE WAS AWAKENED, BRITAIN THREATENED PUTIN FIERCER THAN EVER BEFORE: If Russia takes one wrong step, it will face our strength, and then MOSCOW'S RESPONSE ensued!

The latest tightening of relations between the two countries came after a conference of the Russian leader during which he accused the West of questioning world peace.

Liz Truss, the Secretary of State for Foreign, Commonwealth and Development Affairs of the United Kingdom in the government of British Prime Minister Boris Johnson, vehemently threatened the Russian Federation and its President Vladimir Putin immediately after he accused the West of deliberately questioning world peace and then badly blaming Moscow for everything during his annual press conference on Thursday, 23 December.

Namely, Truss felt called out in the statement of the Kremlin chief, even though he spoke mostly about the United States and NATO, so she pointed out that everything Putin said was a picture of an "aggressive and contagious rhetoric".

- Russia is accumulating its military forces near the Ukrainian border and is preparing attack systems at the very gates of that country. But Russia should know that any of its aggressive actions will meet with a fierce response, they will see our strength, as well as coordinated sanctions that we will introduce against that country together with our partners and cause them serious problems - Truss said and stressed that it is time for the Russian government to start thinking towards de-escalating the current tense situation on European soil.

As a reminder, the West has been persistently accusing Russia of preparing an invasion of Ukrainian territory for weeks and that it has displaced as many as 175,000 troops at the border with the former USSR republic for that purpose. On the other hand, Moscow denies that it has any aggressive intentions towards its neighbours and emphasises that it has all the rights to deploy armed forces on its territory when and however much it wants.

Putin repeated that during the press conference, emphasising that Russia does not threaten anyone.

- We did not come to the borders of Britain or the United States. We didn't. They have come to our borders and are asking Ukraine to join NATO in order to deploy its army on the territory of that country. Well, that's not going to happen - Putin said confidently, which was repeated from the Kremlin after the statements of the British minister.

It is also worth mentioning that the British media continued to publish photos allegedly taken by satellites, which prove that Moscow continued to accumulate troops towards Ukraine. The Kremlin did not comment on the allegations.