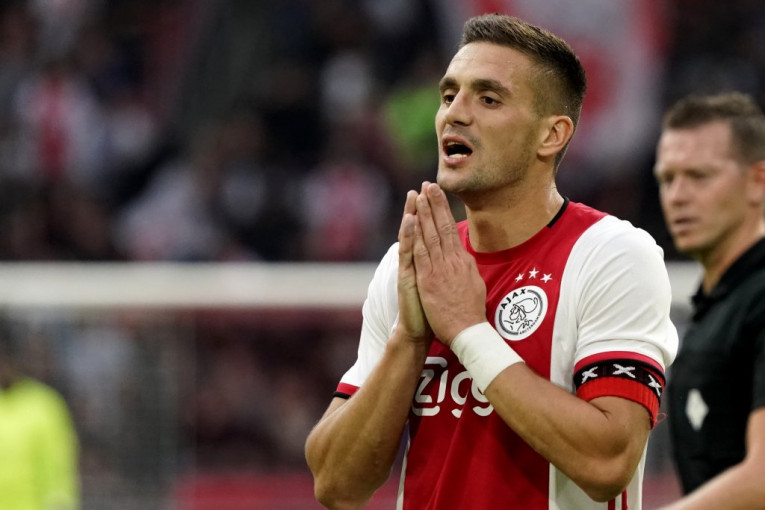 HORROR IN THE NETHERLANDS: Tadić barely got out ALIVE! (VIDEO)

The derby match of the 17th round of the Dutch Eredivisie between Feyenoord and Ajax was marked by unpleasant scenes in Rotterdam.

The triumph of Ajax with the result of 2:0 faded into the background due to the vandalism of the home fans who tried to settle accounts with the members of the visiting team before arriving at the "De Kuip" stadium.

The chaos ensued at the moment when the fans realised that the bus was going to the other entrance and the "stampede" started.

Torches were lit, ready to attack Dušan Tadić and his teammates, and then the police reacted with a water cannon ...

As for the match itself, the selected players of coach Ten Hag did not have the slightest problem to reach three new points. They took the lead with an own goal by Senesi in the 44th minute, and the Serbian national team player scored a goal from the penalty spot, ten minutes before the last whistle of the referee.

Feyenoord fans were awaiting the Ajax bus, only to find out that the bus is using the back entrance of the stadium this time, instead of the main entrance. [@veronicainside] pic.twitter.com/Ba9hYDzgGE — 𝐀𝐅𝐂 𝐀𝐉𝐀𝐗 💎 (@TheEuropeanLad) December 19, 2021

The giant from the "Johan Cruyff" stadium took the leading position in the table of the Dutch championship with 39 points, while Feyenoord is in third place with three points less.