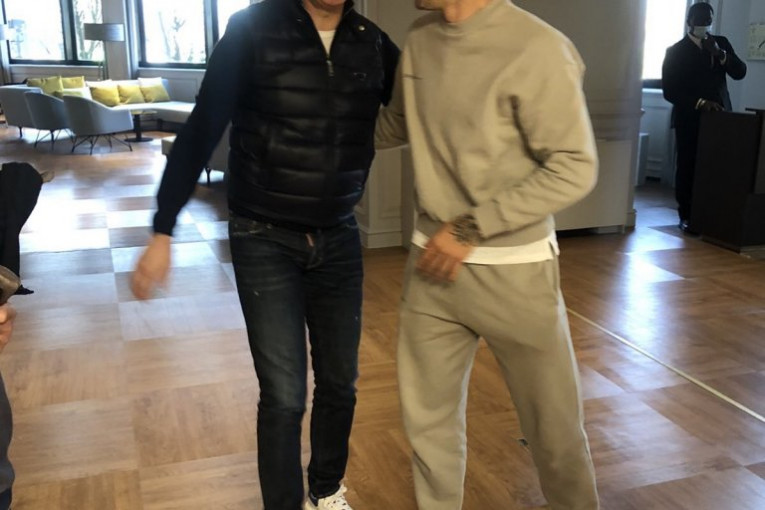 MARAKANA WILL BE SHAKEN: Aleksandar Kolarov in Red Star!?

Former Serbian national team player Aleksandar Kolarov will most likely end his cooperation with Inter this winter and will be free to choose a new environment.

The information that in itself suggests the possibility that the 36-year-old left-back will finally wear the Red Star jersey, which has been talked about a lot in the past few years, especially this summer.

- He is primarily my friend and he has been attached to me throughout his career. I love him as a person and appreciate him as a player. My wish was for him to come to the club, and Mrkela, Stanković and I agreed, but he had a disc herniation injury and could not immediately respond to the preparations, and we need him for the qualifications for the Champions League, not the championship. In addition, he had the option to extend his contract with Inter. He did not fulfill that number of games, but with the change of the coach, new conversations took place and he stayed there. The doors of Red Star are open to him, he grew up here and I would like him to end his career with us - Zvezdan Terzić said in early July.

If the announcements from Italy come true and Kolarov definitely leaves Inter in January, it will be an ideal opportunity for Red Star to react again and hire the celebrated ace who would have the opportunity to return to the right form during the domestic championship in the spring and then contribute to Red Star's new European challenges during the next summer.

RONALDO CAN CELEBRATE - HISTORY IS NOT GOING TO BE WRITTEN: Vlahović stopped on the last step (VIDEO)

CHAOS ON THE STREETS OF BRAGA: Delije clashed with the police (VIDEO)

NOVAK ON HIS KNEES BECAUSE OF RED STAR: Watch the CRAZIEST REACTIONS of Djoković from the match in "Pionir" (VIDEO)

THEY USED TO MAKE MILLIONS FROM THE BALL, NOW THEY DO SO OFF THE PICK! Ana and Bastian in new business

After all, Milan Rodić has not had a real alternative to the position of the left back for a long time, it is high time for that issue to be resolved at "Marakana".