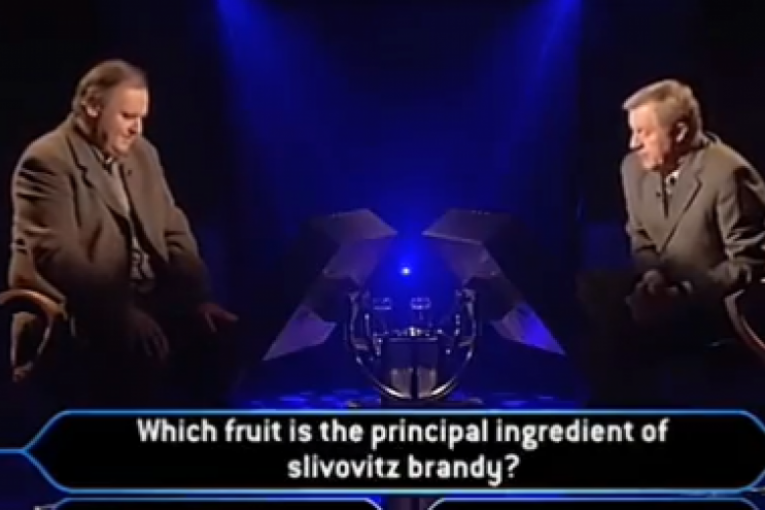 Plum brandy popularly known as slivovitz is an unavoidable drink in every Serbian home, and now this famous brandy is also in the questions of the British edition of the popular quiz "Do you want to become a millionaire?".

Namely, among the questions was "What is the main ingredient of the slivovitz?", while among the offered answers were cherries, apricots, oranges and plums.

The interesting part of the video started when the participant of the quiz was not sure which fruit was in question, so he decided to seek help from a friend, i.e. his mother.

As soon as he called her and read the question, the mother answered without thinking "Plum, plum, the answer is plum", and when her son asked her how sure she was, she answered "One hundred percent".

The convincing words of the mother and her good knowledge of the ingredients of traditional alcoholic beverages coming from Serbia made everyone in the studio laugh, including the host and participant of the quiz who knew well when to call, and decided on the answer his mother told him, and of course, got it right, and won 125.000 pounds.

This part of the quiz especially caught the eye of Twitter users who were delighted with both the question and the mother of the participants, who, as they wrote below the post on the mentioned social network, "obviously came to Serbia".