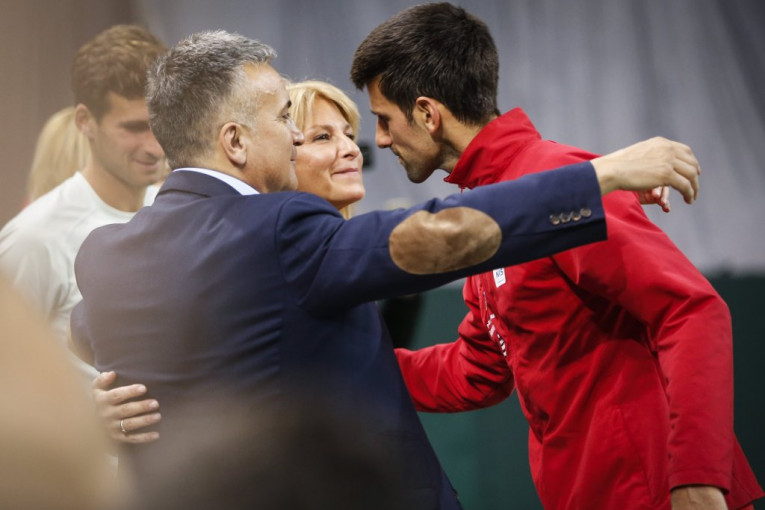 Serbia defeated the selection of Kazakhstan in the quarterfinals of the Davis Cup and thus scheduled the semifinals with the Croatians, who had previously been defeated by our national team in two previous duels! Fans of Serbia and Croatia remember the duel from 2010 well, and the neighbours would rather forget the one from 2015!

It is always stormy on and off the field when these two national teams meet in any sport, but it seems that the atmosphere before the third match is more peaceful than ever.

Back in 2010, Serbia achieved its greatest success and won the famous "Salad bowl", and Croatia, which was defeated in the middle of Split with 4: 1, stood in their way to the trophy.

That defeat was hard for the Croats, so they still reluctantly remember it.

THE TWO OF THEM CAME TO BLOWS: Novak's mother and Jelena Djoković cannot stand each other for a long time, and this is when the CONFLICT started!

The popular Croatian portal 24sata.hr recalled this unforgettable clash in the Spaladium arena, where a hellish atmosphere reigned.

The atmosphere in Split was hostile, and Novak Djoković remembers that very well, as does his father.

- At that time, five bodyguards did not separate from Djoković. They were wherever he was. They used to sit close to the field only when he was on the field. He could not be approached. He did not want to risk anything in Split.

Srdjan Djoković was then the target of angry fans.

- Two drunken young men insulted and almost physically attacked his father Srdjan Djoković. Srdjan was attacked in the Spaladium arena on the first day, after the end of the individual Davis Cup matches. They insulted him on national grounds, and when Srdjan retaliated, one of them tried to physically attack him. It took seven security members to keep the aggressive and drunk hooligans until the arrival of the police.

Serbia won its only Davis Cup trophy in 2010, when France lost in the final at the Arena.

In 2015, our national team inflicted one of the heaviest defeats on the Croats when they won against them in Kraljevo, with the result being 5:0.