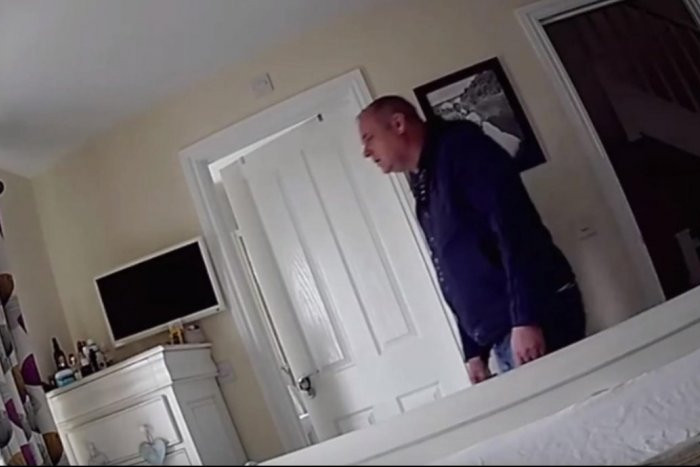 Sharon Bulman went through hell after trusting a man she had known for seven years and who was her family friend.

Forty-five-year-old Sharon Bulman from the British town of Skelton in North Yorkshire went through hell with her family after she decided to leave a spare house key to her first neighbour and friend, Steve Gill (49), while she was on holiday in Cyprus with her husband and child.

Namely, as the media in the United Kingdom reported, she trusted the man she had known for seven years and was convinced that she could count on him to take care of her home. However, the exact opposite happened.

Just a few days after returning from vacation, she noticed that something strange was happening in her house, and on top of all that, she started receiving messages from Gill with the content: "Sweet Sharon, until when will you be gone?" and the like. To find out what was going on, she decided to install security cameras in all the rooms. It didn’t take much to figure out what it was all about.

Namely, the cameras recorded Gill, apparently using a spare key even after the Bulmans returned from vacation, breaking into the house and then inspecting Sharon 's underwear in the bedroom.. Before that, he pulled the curtains on the windows so that no one would see him, and at one point he even smelled her underware and pulled them over his head.

The shocked woman immediately reported the case to the police, and Gill was sentenced to one year in prison under an expedited procedure. He was also issued a restraing order against Sharon, as well as a fine of 700 pounds (822 euros), of which 500 as compensation to a neighbour for suffering mental anguish. He was also awarded 150 hours of unpaid community work, and he was ordered to join a treatment program for sex offenders.

Sharon stated that she no longer feels safe in her home and that she does not want to sleep in the room where Gill was moving as if it were his house.