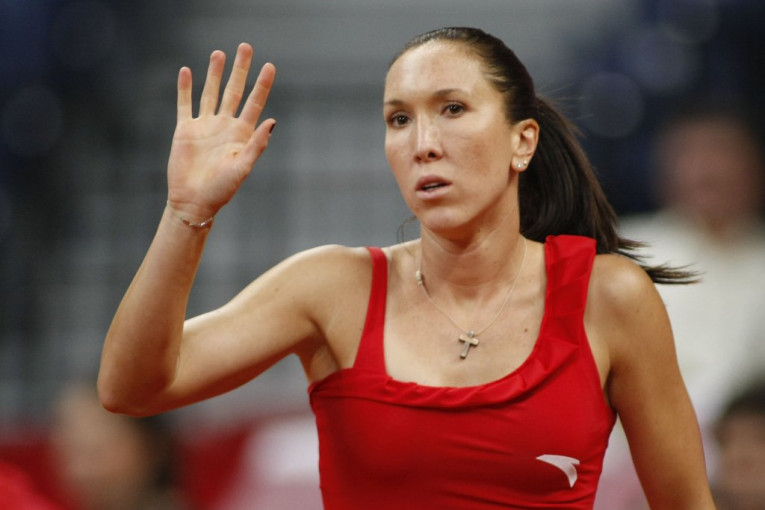 Jelena Janković was once the first tennis player and many have always closely followed her every match and tournament, but after that she retired to a media hiatus and devoted herself to private life, although she did not completely sever her ties with tennis. Now she made all of her followers happy, when she posted her new look on social media, and the comments of enthusiasm just kept on coming.

Jelena Janković was once the first tennis player and many have always closely followed her every match and tournament, although she did not officially give up on tennis, Jelena still focused on some other things, which are more important than her career.

At the beginning of April, she gave birth to a girl whose name she has not yet been revealed, she enjoys her love with Dr. Branko Barać, far from the public and the media, and only occasionally advertises on social media. However, recently, like a bomb, the news broke that Janković totally transformed her physical appearance.

She has always loved experimenting with styling and hairstyles, she followed trends, and she obviously continued to do that when she became a mother. It's been a long time since she's been rocking her bangs, but she seems to have decided to go back to the her ways.

FAINTING BEFORE THE FINALS: Shocking DISCOVERY from the locker room, but Djoković was as COOL as a CUCUMBER!

THE TWO OF THEM CAME TO BLOWS: Novak's mother and Jelena Djoković cannot stand each other for a long time, and this is when the CONFLICT started!

The comments below her photo were not lacking, and soon social media were red hot, and many were of the opinion that this hairstyle looks very good on Jelena.