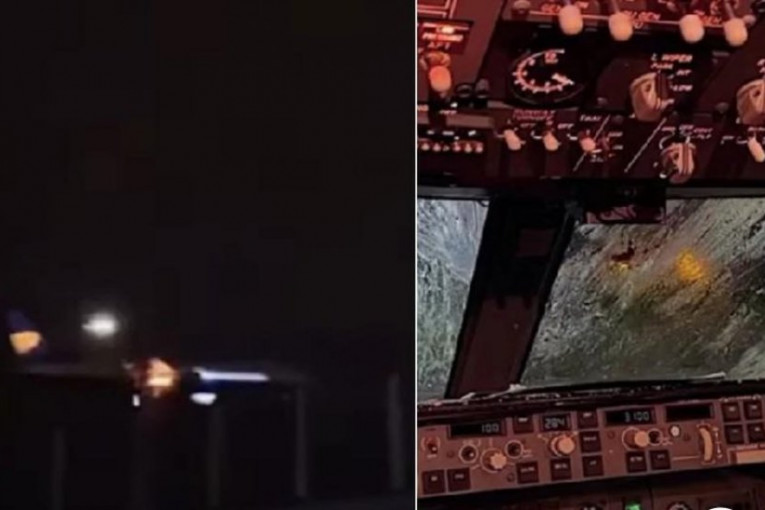 A horrific incident happened over Bologna, and only by sheer luck tragedy was avoided.

Just before landing at the airport in Bologna, Ryanair's Boeing 747-800, which was traveling from London, crashed into a flock of herons, during which its right engine caught fire and only by sheer luck tragedy was avioded.

The injured herons crashed into the windshield of the plane and prevented the pilots from seeing with their feathers and blood, while some were sucked into the right engine, which caught fire.

The incident happened last Wednesday around 11:30 P.M. The pilots still managed to land without human casualties, but great material damage was caused on the plane. Italian media reported that the unfortunate pilots were in great fear and did not know if they would be able to land the aircraft.

In addition to the birds being killed in the right engine, it was later determined that the left engine was also hit, but it did not catch fire.

Such accidents are unusually frequent. In 2018 alone, there were 16,000 similar incidents in the United States. However, the risk of passengers being injured is very low - just one incident will result in the death of people in a billion hours of flying.