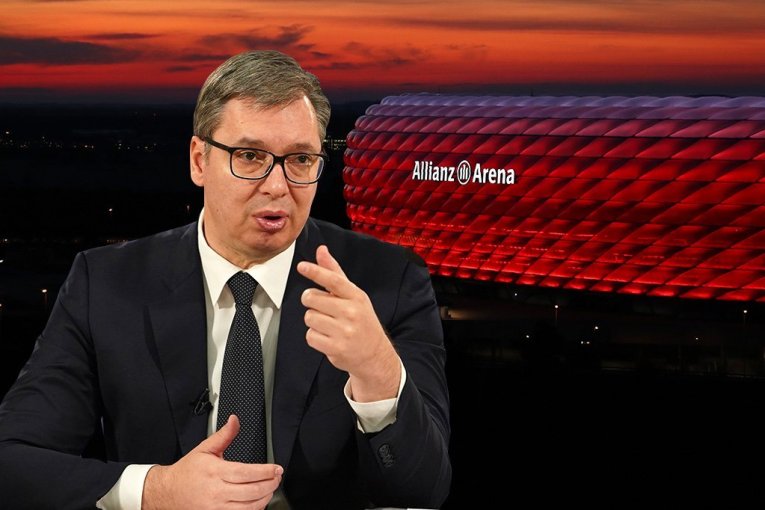 The President of Serbia, Aleksandar Vučić, announced that the construction of the National Stadium, which will be located in Surčin, will begin by the end of the year.

Serbia is getting its National Stadium! The President of Serbia pointed out that our country will get a modern stadium, which will be more beautiful than the famous Allianz Arena, where Bayern Munich plays.

- Before the end of the year, we are finishing everything and the construction of the National Stadium will start. It will be a real beauty, more beautiful than the Allianz Arena. It will be a completely phenomenal project and it will mean a lot for that part of the city, for the municipality of Surčin, and even New Belgrade - Vučić pointed out.

According to earlier announcements, the stadium will probably be called "Serbia", and it will have a capacity of around 52,000 seats.

PIKSI ENTERED THE LOCKER ROOM AND SHOCKED THE PLAYERS WITH HIS SPEECH: Are you normal, what are you doing !? (VIDEO)

- All Olympic sports, including karate, will receive great financial help in the coming days. Clubs from the first and second leagues will receive money, we want the finances to spread throughout Serbia and for all parts to feel better - said Vučić.