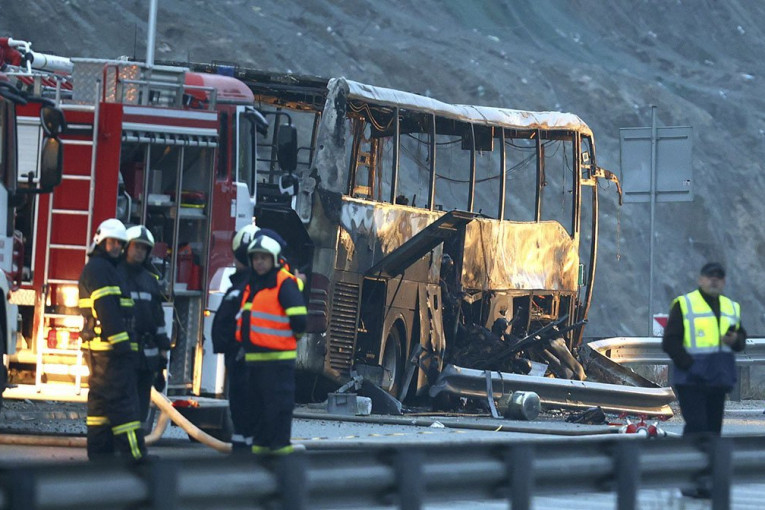 There are suspicions that the Macedonian death bus, at the time of the horrific accident on the highway in Bulgaria, was transporting smuggled kerosene and 30,000 firecrackers, which led to a catastrophe in which 46 people died.

- It is suspected that a fuel tank containing kerosene was hidden under the driver. In addition to that tank, another bunker was built for cigarette smuggling, in which, according to some information, firecrackers were placed due to the upcoming New Year's holidays - 30,000 pieces! - Informer.rs finds out unofficially .

Diana Rusinova from the European Transport Center also hinted that there was a flammable substance in the bus.

- We suspect that he was transporting flammable material in the bus, which most likely caused the fire - said Rusinova.

She also stated that the road shoulder blocked the back door, so that the passengers could not escape that way.

The "Besa trans" bus caught fire on Tuesday at 3 am on the Sofia-Blagoevgrad highway, near the village of Bosnek. Twelve children were among the 26 victims, and seven people were injured. Among them is Serbian citizen Ljulzim Sulejmani.