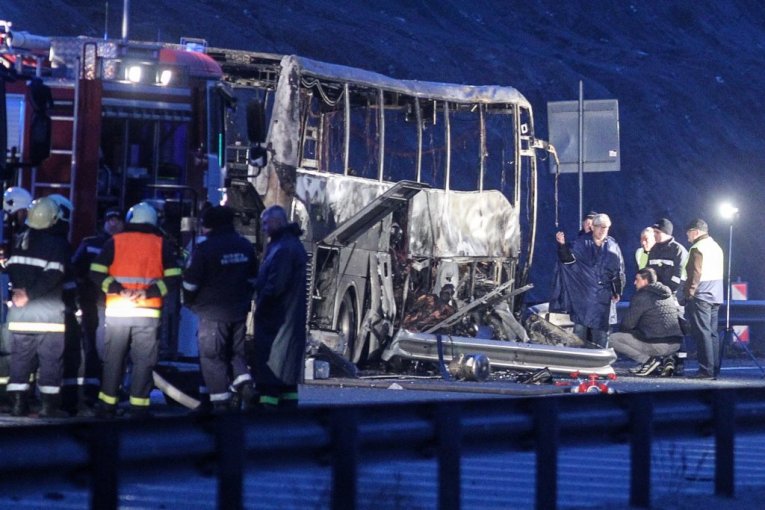 A woman with two children in her arms, most likely twins, burned to death in front of the bus door, Bulgarian media report.

Inspectors are currently checking to see if there was any extra fuel in the bus, as the diesel exploded heavily and the bus was running on diesel.

One of the surviving passengers told Prime Minister Zoran Zaev that he was awakened by a large explosion.

For now, it is known that this morning at 2 o'clock in the bus on the Struma highway, 46 people were killed, all of the passengers were from Northern Macedonia, and mostly from Skopje, Kurir.mk reports.

A piece of rubber was found in front of the scene of the accident, which probably burst, after which the driver hit the protective fence.

Seven survivors of the bus fled after breaking the window glass and escaping through it.