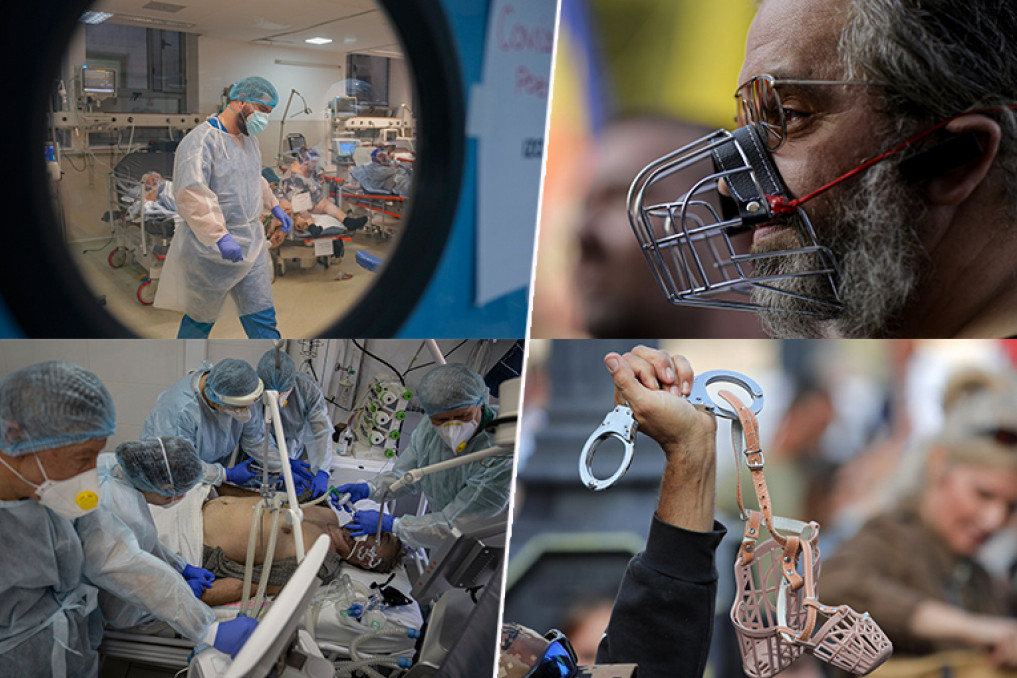 Professor of Biochemistry and Molecular Biology Gordan Lauc was expelled from the Crisis Headquarters of Croatia because he supported the protests against the measures for the suppression of the Coronavirus in that country, Croatian media write.

Lauc, who has, since the beginning of the Coronavirus pandemic, advocated attitudes that were often opposed to the official views of the state as he supported the protests against the Covid passes on social media, more or less as Dr. Branimir Nestorović did in Serbia.

He assessed on social media that the government is "playing Tito" by trying to prescribe to the citizens how they should protect their health.

FIRST SHE REJECTED THE VACCINE, THE SHE GOT FIRED: A video of her crying has gone viral on social media, she is shocked by the public reaction (VIDEO)

The reactions of the Croatian state leadership, which distanced itself from Lauc's statements, soon followed.

This was also done personally by the Prime Minister of Croatia, Andrej Plenković, who assessed that Lauc is engaged in politics.

- Lauc had a post that, in terms of its content, belongs to the domain of politicking. Everything that the members of the Crisis Headquarters say in the moments when they are not in session, they do so on their own behalf. This was one step further, I do not see why he encourages violations of measures and I do not see how we can continue ourbcooperation further - Plenković said.

Minister of Health Vili Beroš also distanced himself from Lauc's calls for protests.

- It is not a problem that he has a different opinion. But when he advocates the abolition of measures at the top of the fourth wave and calls for gatherings and protests, that worries me - Beroš said.

JELENA DJOKOVIĆ SENT A POWERFUL MESSAGE TO HER HUSBAND, BUT ALSO TO ALL THE ORTHODOX CHRISTIANS: I wish my family was here