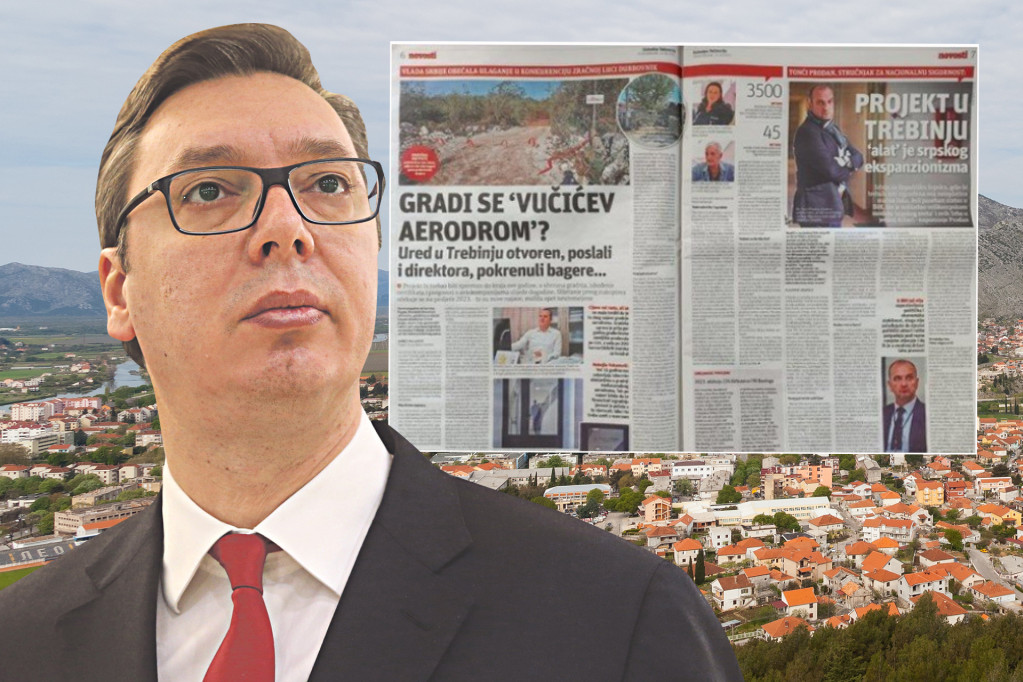 Croats continue with their dirty attacks on Serbs and Serbia. After all Croatian media got involved in the shameful campaign against Danilo Vucic, the son of Serbian President Aleksandar Vučić, they have now set out to "analyse" the project of building an airport in Trebinje, the financing of which was announced by the Government of Serbia.

Of course, in such a useful project, Zagreb sees the tool of "Serbian expansionism", which threatens to endanger their interests.

There is no doubt that the airport in Trebinje will be built exactly within the announced deadlines, as well as the fact that it will be better and more profitable than the one in Dubrovnik.

It is clear that the media in Croatia have no choice but to hate and attack Serbia and President Vučić. From all of the above, there is no doubt that they are upset that Serbia has taken over the role of the leader in the region, which is confirmed by the fact that Croatian GDP is lower than the GDP in Serbia for the first time, Objektiv reports.

As a reminder, President Aleksandar Vučić stated on Saturday after his meeting with Milorad Dodik that he expects the first planes at the new airport in Trebinje before 2023.

Vucic said that funds have been provided for the construction of the airport, which will cost 70 million euros, while another 35 million euros will be invested in infrastructure equipment.

- Something that you will be able to see for yourselves on the field as early as June 2022. And, I believe the first planes at Trebinje airport before the end of 2023 - Vucic said.

That, he says, should raise the whole of Herzegovina, bring Trebinje and Herzegovina closer to Belgrade and the world centers.

He added that the preparation of the planned project-technical documentation for the construction will be completed in March, as well as that the funds have been provided for the expropriation of land.