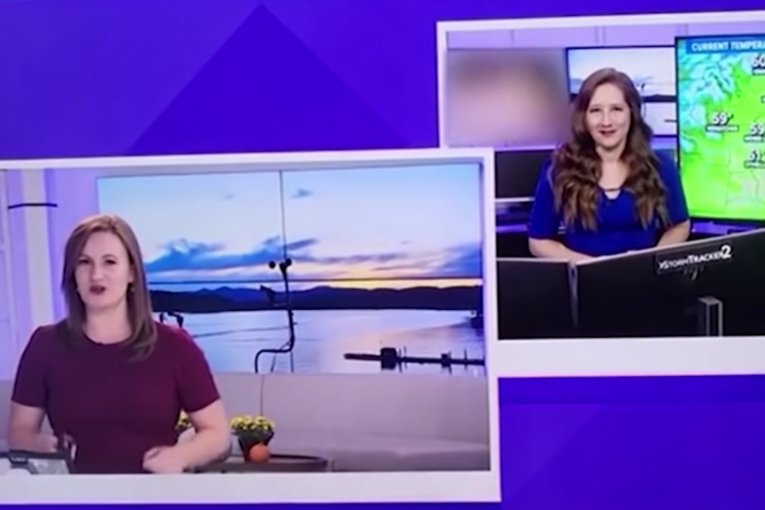 Police in the United States have launched an investigation after an adult movie was shown live on television during the weather forecast.

Namely, it was played on a screen in the background, behind the television presenter while she was trying to convey the news about the weather forecast.

At the moment when the presenter Michelle Boss told the viewers that "nice weather can't last forever", a film started playing behind her, which left all the viewers in awe.

Scenes from the film were shown for about ten seconds, to which the presenter did not pay attention.

Police subsequently received hundreds of calls from citizens, so they began an investigation.

DO NOT GO TO BED IF YOU ARE NOT SLEEPY: If you suffer from insomnia, listen to these FOUR tips!

SHE TOOK OFF HER PANTS AND URINATED ONTO A FAN'S HEAD: A bizarre video of the singer is circulating all over the Internet, AN UNPRECEDENTED SCANDAL (DISTURBING VIDEO)