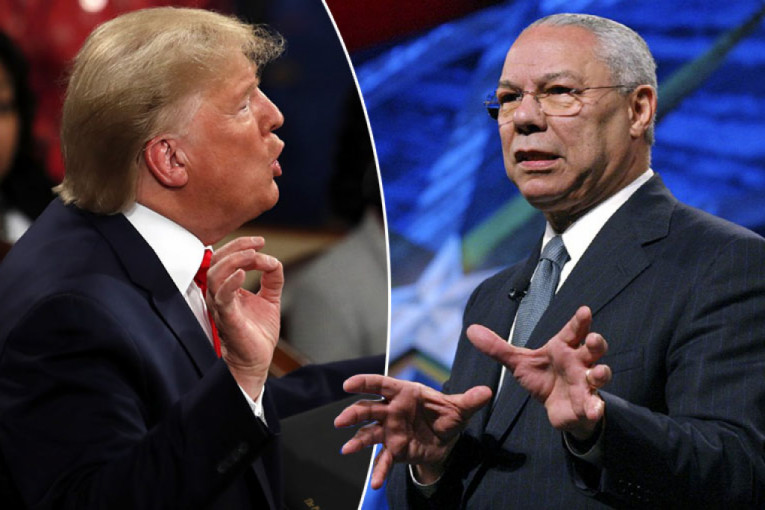 Former US President Donald Trump, whom Colin Powell once called a national disgrace and who supported Hillary Clinton in the 2016 presidential election, has now reacted to media reports about his death.

Former US President Donald Trump attacked former the US Secretary of State Colin Powell, who passed away on Monday at the age of 84 as a result of the the Coronavirus infection.

In addition to being bothered by the fact that Powell spent a good part of his life as a Republican and then abruptly switched to being the supporter of Democrats, Trump also resented the official, who has held important positions in the United States for decades, since he claims that Powell had made a series of fatal mistakes.

- It is wonderful to see that Colin Powell, who made great mistakes with Iraq and the so-called weapons of mass destruction, was treated so nicely on the occasion of his death by the fake media. I hope that one day this will be the case with me as well - Trump wrote and pointed out that Powell was a Republican only formally.

- He was just attacking other Republicans. He made many mistakes, but may he rest in peace! - added the former head of the White House at the end.

Powell was in Vietnam, he started his political career during the term of Ronald Reagan, and he infuriated Trump by the fact that in 2012, although being a Republican, he supported Barack Obama in the presidential elections, and later, in 2016, he did the same with Hillary Clinton. Before winning the elections, Trump was labelled as a "national disgrace" by Powell.

Moreover, Powell also supported the Democrat, Joe Biden, in the last elections, and after the riots at the Capitol on 6 January, he left the Republican Party. He was one of the main advocates of the 1999 bombing of Yugoslavia, arguing that airstrikes were the only real way to force Slobodan Milosevic to resign, regardless of the human casualties "which occur in every war".

It is also worth mentioning that Trump sent his latest statement by e-mail because this is the way in which he now communicates with his supporters, after his social media accounts were terminated. If his supporters want, they can apply for this newsletter and Trump's e-mails will reach them regularly.