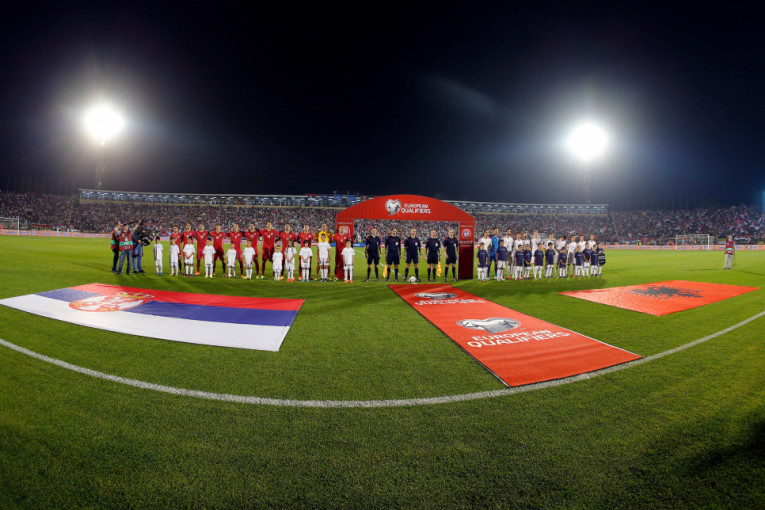 The football players of Albania were defeated 1: 0 by Poland in Tirana, and the qualifying match for the World Cup will be remembered for numerous incidents.

In addition to throwing things at Polish football players, and attacking the fans of their national team, the Albanians have once again shown their pathological hatred for Serbs!

This time, without a single reason, they displayed a flag with an insulting inscription - "FCK SRB" on the stands of the "Air Albania" stadium.

UEFA is expected to react, and we can only assume what the punishment would be for our football association if a similar "gaffe" was made in Serbia.

As a reminder, they key goal for the Poles was scored by Swiderski. With this defeat, Albania has significantly lower chances of reaching the place leading to the barrage from group I of the World Cup qualifiers.

WC Qualification. 12.10.2021
Albania - Poland.
Before the game, Albanians attack around 10 Polish fans near the stadium.#ALBPOL