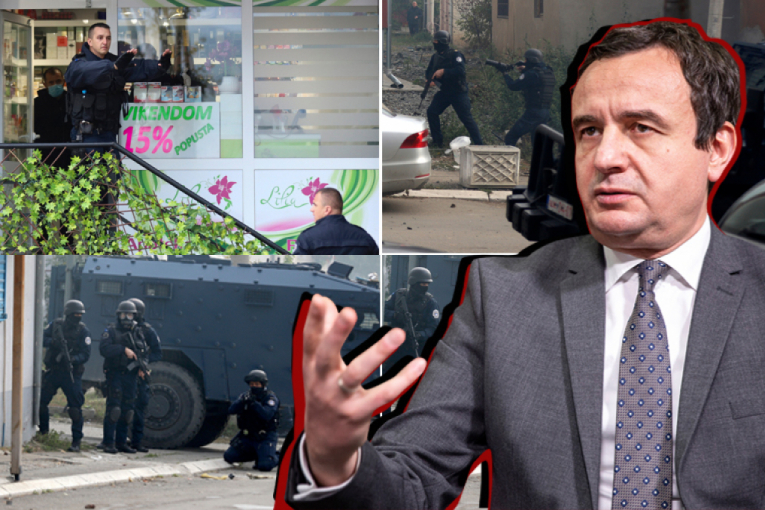 Albanians from Kosovo, led by Albin Kurti, are planning a new attack on Serbs!

The false prime minister of the false state, Albin Kurti, intends to attack the Serbs in the north of Kosovo again! According to information from Serbian intelligence, they are planning a new attack on Serbs tomorrow.

The Kosovo police and the ROSU special forces are making big plans to storm the north of the province once again. Kurti's plan is to provoke new incidents and violence against Serbs before the local elections in Kosovo, which are scheduled for Sunday, October 17.

- Albin Kurti will most likely send ROSU special forces to the north again tomorrow. After those attacks on Wednesday, when they tried to demonstrate their strength with live ammunition, rubber bullets, shock bombs and the shedding of Serbian blood on the streets, they will not stop. They are gathering political points before the local elections on Sunday, and they are additionally encouraged by the fact that there were no concrete reactions from the international community - the interlocutor from Informer explains.

On the other hand, the Serbian Army is in a state of increased combat readiness and is ready to enter Kosovo in a maximum of 48 hours and protect the Serbs.

As a reminder, on Wednesday, the members of the Kosovo police and ROSU special forces invaded the territory of North Mitrovica, of course, without the permission of the mayor, and started firing at the gathered people who were protesting peacefully. On that occasion, Srecko Sofronijevic was wounded and he had to undergo emergency surgery. He is currently still rcovering in intensive care.