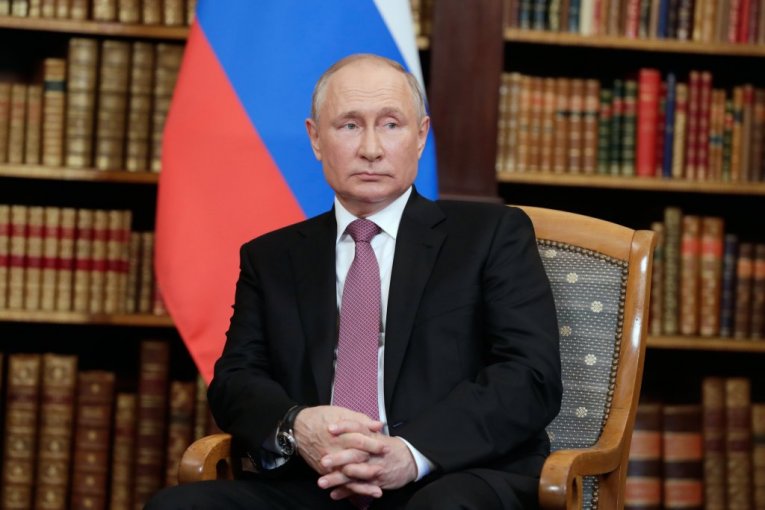 Russian President Vladimir Putin sent a special message to Belgrade, which is hosting the event marking the 60th anniversary of the first conference of the Non-Aligned Movement, emphasising that this organisation is of great importance in the modern world full of turbulence and challenges.

Russian President Vladimir Putin sent a powerful message to Belgrade in light of the event marking the 60th anniversary of the first conference of the Non-Aligned Movement which is being held in the Serbia's capital, emphasising in a telegram that the organisation is of special importance in today's modern world full of turbulence and that the cooperation of our country and the Russian Federation is of special importance.

In a telegram, Putin points out that the Non-Aligned Movement plays a very important role in international relations, consistently insists on the principle of equality between states, the respect for sovereignty and legitimate interests, and also advocates constructive multilateral dialogue strictly in accordance with the United Nations Charter, Sputnik reports.

- Today, when the situation in the world is increasingly turbulent and when humanity has to face a growing number of threats and challenges, the positive potential of the Non-Aligned Movement is especially needed. It is important that this authoritative organisation is actively involved in resolving crisis situations, making a substantial contribution to collective efforts to build a more democratic and stable world order, strengthening trust and mutual understanding between the members of the international community - Putin pointed out and reminded that Russia had recently received the status of an observer in the organisation, which, as he said, opened new opportunities for cooperation and resolving current issues of the regional and world agenda, ensuring security and development in the whole world.

PUTIN'S STRIKE AGAINST MONTENEGRO, THEY HAVE BEEN DREADING THIS! He signs a decree which takes effect immediately!

It is also worth mentioning that Foreign Minister Sergei Lavrov is representing Russia at the gathering in Belgrade.

As a reminder, the first Non-Aligned conference was at the level of heads of state or government and the politicians considered to be the ideological founders of this movement were the presidents of SFRY Josip Broz Tito, Egypt (at that time the United Arab Republic) Gamal Abdel Nasser, Ghana, Kwame Nkrumah and Indonesia, Sukarno, as well as the first Prime Minister of India, Jawaharlal Nehru.

Back in 1961, the representatives of 25 Non-Aligned countries, three observer states, as well as several liberation movements, parties and organizations came to Belgrade.