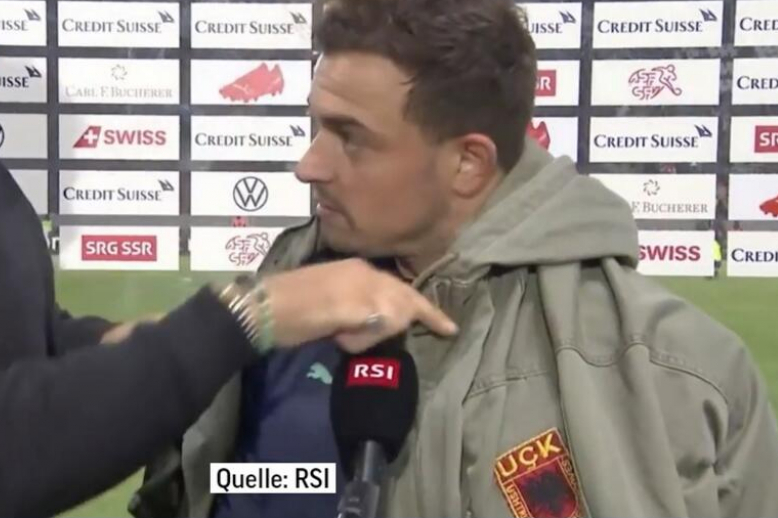 The member of the Swiss national football team, Xherdan Shaqiri, who is known for the provocations of the Serbian people since the World Cup in Russia, shocked the public again.

Namely, the Albanian football player from Kosovo appeared in front of the camera wearing the jacket of the notorious paramilitary of Kosovo Albanians, the Kosovo Liberation Army (KLA).

This incident happened after the victory of the Swiss over Northern Ireland (2:0) in the qualifications for the World Cup, and the statement for the local media after the match was given by Shaqiri.

And at one point, an unknown man approached him and put a jacket on him, which had a large coat of arms of the notorious KLA on it, that of the so-called Kosovo Liberation Army.

Shaqiri, according to his smile and facial expression, was glad that this happened. The football player then took off his jacket and casually continued his interview.

The question remains, but also the appeal addressed to UEFA, which should react fiercely, to punish the Swiss Football Association, which allowed this scandalous scene.

UTTER SILENCE IN PRISTINA: UEFA acknowledges that Kosovo is part of Serbia! (VIDEO)