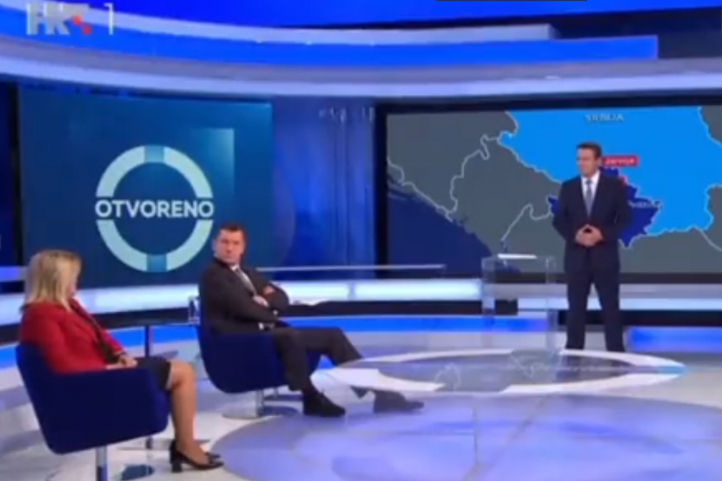 Ermina Lekaj Prljaskaj, a representative of the Albanian minority and a member od the Croatian Parliament has stated on Croatian national television that Kosovo belongs to Serbia.

Ermina Lekaj Prljaskaj was a guest in a show aired on the Croatian Radiotevision (HRT) and on that occasion she, without wanting to, admitted that Kosovo was still a part of Serbia.

Even though Albanians try to find every possible way to promote the independence of a fake country, their guilty conscience sometimes gets the best of them and sooner or later makes them tell the truth, that Kosovo is an integral part of Serbia.

That was exactly what happened on this occasion, while Ermina was talking about history and then at one point she said "Kosovo belongs to Serb...". When she realised what she was about to say, she tried to do some "damage control" and quickly corrected herself by saying "I mean, an independent country". However, this makes it clear that many Albanians, just like Ermina, are plagued by the truth - that Kosovo is the heart of Serbia!