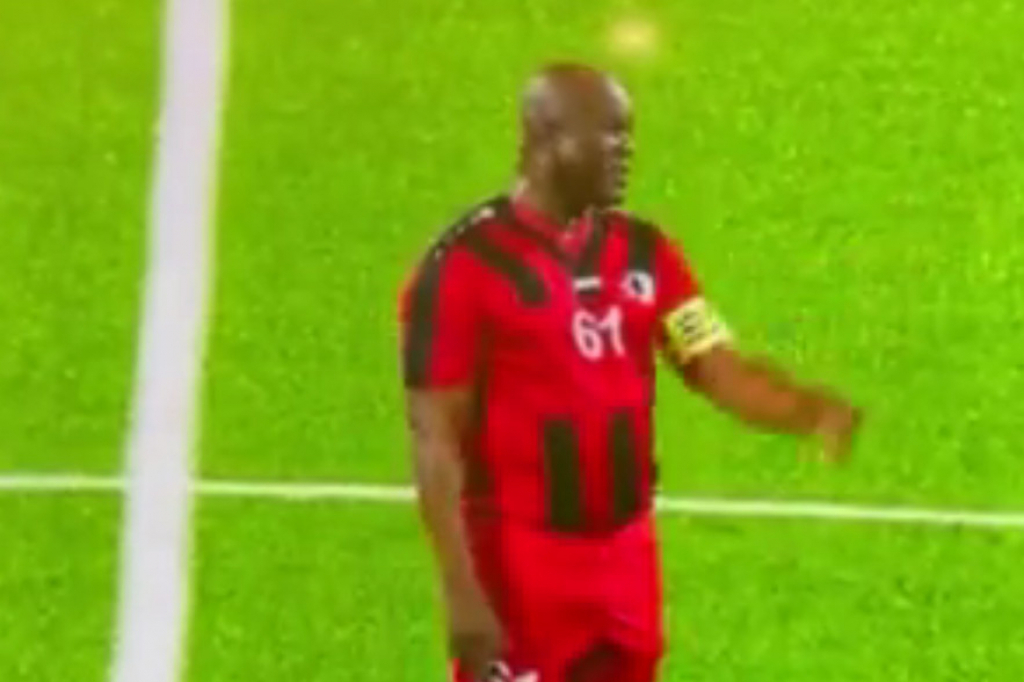 FAT POLITICIAN SHOCKS PEOPLE AROUND THE PLANET: He is 61 years old, has a previous drug trafficking conviction and he played a Campions League match! (VIDEO)

Suriname's Vice President Ronnie Brunswijk took the football world by surprise when he decided to play a match for his Inter Moengotapoe.

That would not be at all strange if he were not 61 years old and playing a Concacaf Champions League match against Olimpia from Honduras.

He spent 54 minutes on the football field and his team was convincingly defeated with the final score being 6:0.

Ronnie is widely known as a very controversial person. He used to be a guerrilla fighter, and he is sought by the Dutch Interpol on drug trafficking charges.

The controversial Ronnie Brunswijk has been captured causing a new scandal after the match with Olimpia had finished. Namely, he was caught handing money to his football rivals in the visitor's locker room.