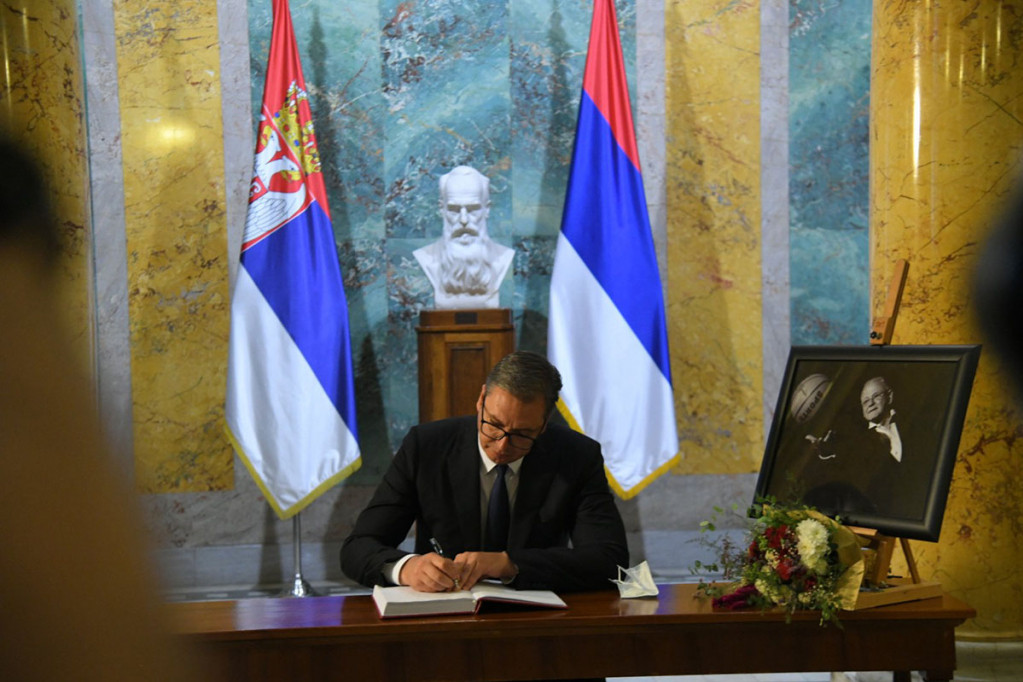 SERBIA WILL BE FOREVER GRATEFUL: Aleksandar Vučić says his final goodbye to Duda Ivković with these magnificent words! (PHOTO)

The President of Serbia Aleksandar Vučič who attended the commemoration on the occasion of the death of basketball coach Dušan Ivković, posted on Instagram that a "great man" left us, however, his life work would remain with us eternally.

- Dušan Ivković left us, a great man, but his life work is eternal. Serbia is grateful to him! - President Vučić wrote this on his Instagram account "buducnostsrbijeav".

He had previously said at the commemoration that as a President he was proud "that Serbia had and would forever have such a man, he was proud that even though he was physically no loger with us, the Great Dušan Duda Ivković, a true legend, would never leave Serbia, just as no one in Serbia would forget him".

Ivković passed away last Thursday in Belgrade, at the age of 78.

THIS ZODIAC SIGN GETS ALONG WITH EVERYONE: They have a good-tempered, but if you step on their toes, no one would like to be in your shoes