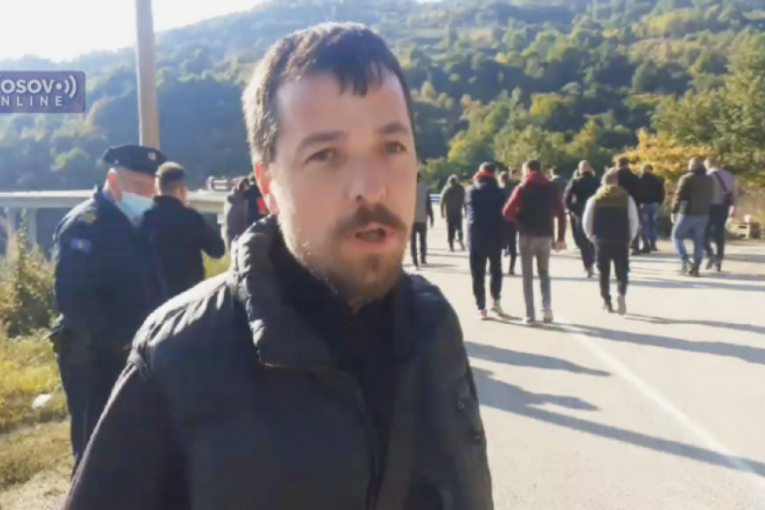 Two days ago, members of the Kosovo special police forces ROSU prevented Serbian priest Jovica Vlašković from crossing the Brnjak administrative border on foot in order to go to a nearby village and hold a funeral service.

In addition to being prevented from moving freely and doing his job, he also had a considerably unpleasant situation when trying to communicate with the police officers.

- They did not want to let us cross the border. They told us to first convince our Serbian side to remove their trucks from the border and they would then let us go. We explained to them where we were going and why, but they did not want to hear about it. They ordered us to go back, they said that not even pedestrians could pass, at least not until the trucks were moved, someone had parked them there, we did not know who. So, you see, they did not even allow the priest of this parish to do his job and hold a funeral service, in a nearby village, and we had already been two hours behind - priest Vlašković said, as reported by Kosovo Online.

As he said, at one point ROSU members even started shouting at them:

- They were seconds away from starting to kick us, with rifles in their hands, at gunpoint, yelling at us in Albanian to buzz off and get out of their sight.  They had no reason to do this, no motive whatsoever, they found a way to make us quilty of something somehow, so this was their reason, none of this came from us - said Jovica Vlašković, a priest from Zubin Potok.

And? What happened at the end? With funeral? It looks like that when 'democratic' USA protects criminals, drug dealers, kidnappers, rapists and murderers.