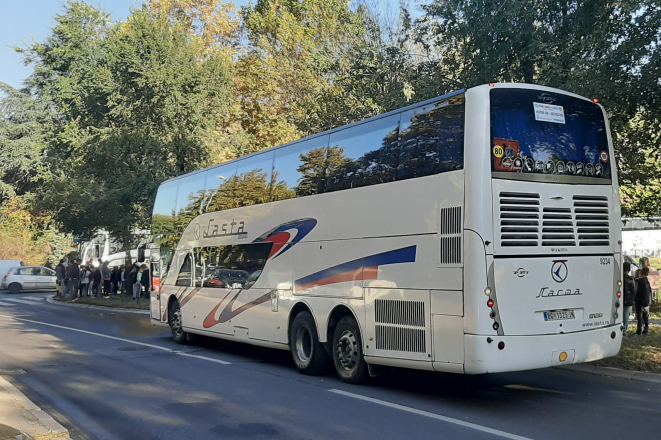 A hostage crisis happened in Germany in one of the buses owned by the Sebian bus company and carrier Lasta.

An incident happened yesterday on the international bus route between Dortmund and Belgrade, operated by Lasta.

This took place on the section of the road between Nuremberg and Ingolstadt and the incident was caused by a Sebian citizen, Fahrudin Kahrovic, who got on the previously mentioned bus in Frankfurt.  At one point, he physically assaulted two other passengers, however, the drivers and the remaining passengers managed to overpower him.

According to the drivers who succeeded in overpowering the attacker, Kahrovic said that he had "received a message from Allah thay he needed to attack otherwise he himself would be attacked".

The highway was closed in both directions.  The passengers were evacuated from the bus.

German police in cooperation with the Security Information Agency had been in contact with one of the Lasta drivers held hostage in the bus by the attacker.

At one point, the drivers were allowed to leave the bus, while the attacker was left alone in it.

A few minutes after the drivers had left the bus, special police forces intervened and arrested the attacker, thus ending this dramatic event.